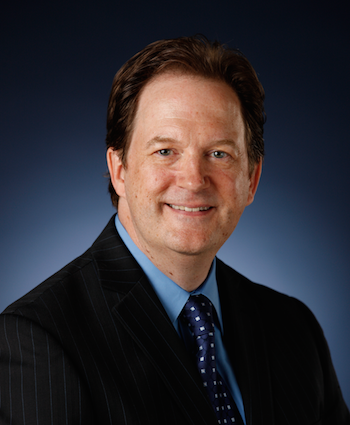 Matt O’Bryan, president and CEO of KLA Labs, a Dearborn-based information technology company, was diagnosed with leukemia 16 years ago. When KLA celebrated its 85th anniversary in 2013 with a golf outing, O’Bryan decided to use the event to raise funds for the Michigan chapter of the Leukemia and Lymphoma Society, which he serves on the board of. DBusiness Daily News spoke with O’Bryan on what to expect during for the third annual KLA Golf Outing, which takes place Sept. 12 at TPC Michigan in Dearborn, his decision to give back to the Leukemia and Lymphoma Society, and his personal experience with the disease.

DDN: Why did you decide to start holding the KLA Golf Outing and donate the funds to the Leukemia and Lymphoma Society?

I am a survivor; I had hairy cell leukemia 16 years ago. I was sitting with a friend of mine (two years ago), and we were kind of going through plans for KLA’s 85th anniversary. He said, “why don’t you have a golf outing, and raise money for leukemia research?” so that was kind of it. It was a simple start, but it ended up happening in 2014, and here we are in our third year.

DDN: How has your own experience with leukemia inspired you to give back?

(In) April of 2000, I wasn’t feeling well; I felt like I had a cold for a month. I finally got into the doctor. The second time they did some blood work, I was anemic — it was a Wednesday. They did a bunch of testing in the hospital, and Thursday I was diagnosed with leukemia, and Friday I started chemo. So it was a real fast realization that I had the disease, and the course of action had to be immediate because I was pretty far along. So then I was in the hospital off and on for three months, and six months later I was considered in remission. Since then, in 2008 I had a bit of a reoccurrence and had a different therapy done. It was an immunotherapy; that therapy wasn’t available back in 2000. So I took that as kind of a proactive approach, and I’ve been stable ever since. I haven’t had any more reoccurrences or issues with it, but I still go regularly for checkups.

In 2004, I joined the board of the Michigan chapter (of the Leukemia and Lymphoma Society). So, I’ve been working with the society basically the last twelve years or so.

DDN: How has the golf outing evolved over the years?

(The golf outing started by) bringing our clients, partners, and vendors together to celebrate the 85th anniversary of KLA. Now, it’s really focused on raising the funds for the charity, so it’s evolved from a celebration event to more of a charity event. It’s really grown quite a bit. My brother and I have played in a lot of golf outings over the years, so we have kind of taken the collective things we liked and things we didn’t like from different outings and put it all together to make our outing the best that we can make it.

KLA has been in our family for 60 years, (and) my dad was always a very charitable person. If I didn’t have the personal experience, we still would be charitable. But this definitely has brought focus to giving us a passion for Leukemia and Lymphoma Society.

DDN: What can attendees expect at this year’s event?

It’s a four-person scramble at TPC Michigan. We have prizes, a silent auction, and a raffle, and members of the Leukemia and Lymphoma Society will be there. KLA does a lot of work with all of the sports teams in town, so we have a couple team Red Wings jerseys and some Tiger Victor Martinez jerseys (for the auction). We’re looking to raise $20,000 this year at the outing.

We have some corporate sponsors that are donating $2,000 to be the dinner sponsor or beverage cart sponsor. So we have different sponsors, which we did not have in the past. Those (sponsorships) sold out very quickly, and I was thrilled that that happened. I believe that got us halfway to our goal. We’re in sight of achieving our goal.

DDN: Why is it important for businesses to give back to the charitable organizations, such as the Leukemia and Lymphoma Society?

When companies can get together and raise money, it (creates) such an impact (on) so many people. I believe it’s our commitment and our obligation to give back.

When I’m raising money and getting involved, I always think about how there were people in the 80s and 90s that gave money to the Leukemia and Lymphoma Society. Somebody in 1992 developed the chemo that cured me, and I’m alive to talk about it. To me, (being involved) is one of those things that I need to do to save people down the road because I’m here because of the generosity of people prior who funded research.

The KLA Golf Outing is an invitation-only event. Those interested in donating to the company’s fundraising efforts can learn more here.