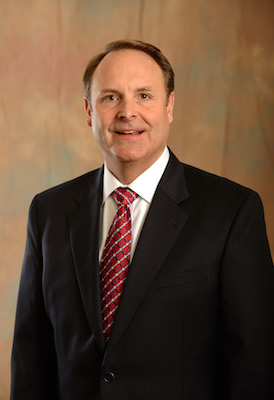 Duane McLean, executive vice president of business operations for the Detroit Tigers, is one of the honorary co-chairs of the Kidney Ball, an annual gala fundraiser presented by the National Kidney Foundation of Michigan. This year’s event will be held on Dec. 3 at the Motor City Casino-Hotel in Detroit and feature a variety of entertainment, food, and silent and live auction items. DBusiness Daily News spoke with McLean about this year’s Kidney Ball and his experience with the nonprofit organization.

DDN: How did you get involved with the National Kidney Foundation of Michigan and its annual Kidney Ball event?

I serve as the honorary co-chair for the Kidney Ball, but I’m also a member of the board of directors for the National Kidney Foundation of Michigan. I got involved because I’ve got one kidney; I donated one kidney to my father. There was that attachment to kidney disease, and I wanted to see if I could volunteer my time and get involved. My father was my hero. So, when I donated a kidney to my dad it was a pretty easy decision given that fact. Now, understanding all that’s involved with kidney disease, I feel pretty passionate about the cause.

DDN: What can guests expect at this year’s Kidney Ball?

What you hear from people that have gone to the event is that it’s one of the most fun black tie events in metro Detroit. Guests will experience live entertainment from the band Your Generation in Concert featuring Fifty Amp Fuse, a live and silent auction, along with … Motor City Casino’s cuisine prepared by executive chef Raymond Bertschy. More than 250 eclectic and unique auction items and hundreds of children’s toys, books, and games will be featured in the live and silent auction event. The Kidney Ball will begin with a cocktail hour at six o’clock, dinner at 7:30 p.m., followed by the program with dancing and entertainment in the Sound Board to end the evening. You get to dress up in a tuxedo and nice clothes and the entertainment makes it fun. It’s very festive and good camaraderie, and, again, it all comes back to it being a terrific cause.

DDN: What are your responsibilities as Kidney Ball honorary co-chair?

First I’d like to say that my partner, friend, and co-chair Ed Peper, (U.S. vice president of Fleet and Commercial at General Motors Co.), also plays an important role as an honorary co-chair. As honorary chairmen, we support the event, we attend meetings throughout the year with the Kidney Ball Committee, we will welcome guests, and we talk about the Kidney Foundation. The people who are involved in the Kidney Foundation are dedicated, loyal, terrific people, and working with those people all around a common cause that’s so critically important in our community is why I enjoy being involved in it. The Kidney ball is the culmination of a lot of work.

DDN: What do funds raised through the Kidney Ball support?

The funds raised go directly to benefit the life-saving programs and services of the National Kidney Foundation of Michigan through the generosity of donors at events like the Kidney Ball. The National Kidney Foundation of Michigan offers more programs and services to more people than any other region or state. The money raised supports programs such as kidney camp, which provides a weeklong true camp experience for kids with kidney disease. Regie’s Rainbow Adventure is a seven-week program for preschool age kids in at-risk areas. Regie is a super hero that looks like a piece of broccoli who teaches the kids to adopt nutritional and physical activity behaviors. PATH (Personal Action Toward Health) is a six-week program to help people better learn to manage their long-term health conditions, including diabetes and kidney disease.

DDN: How much money does the foundation hope to raise at this year’s Kidney Ball?

This year’s event expects to raise $600,000 for the National Kidney Foundation of Michigan, many community partners, and services to help the more than 900,000 people in Michigan with kidney disease. The kidney ball aims to reach the $6 million mark in funds raised over 12 years of this event for programs that serve the one in nine people in Michigan with kidney disease. These programs are vital given that 70 percent of kidney disease is preventable. … And then this is interesting, the National Kidney Foundation directs almost 90 cents of each dollar raised to programs and services that are able to directly serve more than 80,000 people each year.

Tickets for the Kidney Ball are $250 per guest. They can be purchased on The National Kidney Foundation’s website, nkfm.org, or by calling 800-482-1455.