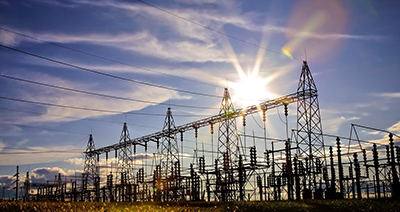 The University of Michigan has received nearly $5.4 million to work on engine and battery projects that could lead to efficiency gains in cars, trucks, and the electrical grid.

The grants are part of $125 million in funding the U.S. Department of Energy’s Advanced Research Projects Agency-Energy gave to more than 40 groups across the nation. Jeff Sakamoto, an associate professor of mechanical engineering at U-M, and his team received $3.5 million to search for a battery construction method that can eclipse lithium-ion batteries, the current industry standard.

“I have been working on lithium-ion batteries for nearly 20 years,” Sakamoto says. “It’s a great technology, but transitioning society away from fossil fuels will require more advanced batteries, especially for vehicle electrification.”

Sakamoto says while lithium-ion batteries are widely used, they are fragile, flammable, temperature-sensitive, and not rechargeable. He says they are relatively expensive to manufacture.

The battery he’s developing would be nonflammable, and could be used in cars, trucks, and the electrical grid. He says the batteries could make solar and wind power more feasible because they could provide storage when it’s cloudy or when the air is still.

In addition, Anna Stefanopoulou, professor of mechanical engineering and director of the U-M Automotive Research Center, and her team received $1.9 million to develop technologies for highly efficient and responsive small automobile engines.

“Modern engines are becoming smaller and smaller with high levels of dilution
for efficiency,” Stefanopoulou says. “But the lack of extra muscle makes them slower to respond than their bigger counterparts. If we improve the responsiveness of small engines, then we can push for more efficient cars at low cost.”

Stefanopoulou says to get small and diluted combustion engines to perform like their larger counterparts, she has plans to help them “breathe” faster. She says an engine’s response depends on its ability to take in fresh air and convert it to power.