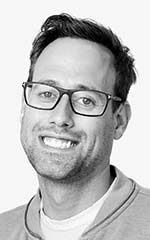 Michael Watts says his charge for Hook Studios was to “delight the world through compelling and meaningful digital experiences.”

Launched in 2006, the company has created more than 800 projects for hundreds of brands, including Google, Coca-Cola, Toyota, Old Spice, Microsoft, and Burger King. A native of Plymouth, Watts got his start at age 16, when he launched a Web design company. His first client was his parents, who operated their own music event production company.

Hook Studios, based in Ann Arbor with an office in Los Angeles, works to develop authentic, effective, and measurable content for companies.  A project Watts is particularly proud of is the #DearMe campaign, launched in May for Google. The mission was to counteract the troubling issues young girls face around body image, self-esteem, and bullying, and what he says is the proliferation of social media activity today that has magnified the problems.

“Our objective was to create an effective public service campaign to engage as many people as possible, change negative behavior, and give victims a voice along with some valuable coping tools,” he says. “Our strategy was to create a stirring rallying cry for female empowerment and confidence that would become a movement.”

Watts and his team also created a series of #DearMe PSAs on YouTube to invite women to answer one question on camera: “What would you give your younger self?” He says the responses were powerful.

“Everyone joined the conversation, from women (and men) of all walks of life to world leaders such as first lady Michelle Obama. The social effort reached 3 billion people globally.”

But the best part of #DearMe? YouTube was able to “unite a community of role models and inspire, encourage, and elevate young girls worldwide,” Watts says.