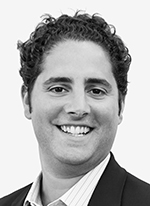 Jeffrey Schostak could have easily walked into the family firm and been assigned a position, but he wanted to control his own destiny. So in 2005, after graduating from Indiana University, he joined Urban Retail Properties in Chicago as a leasing representative.

“My intent was to go work for someone else, learn their best practices, learn how they manage their company, and gain contacts in another market,” says Schostak, vice president and director of development at Schostak Brother and Co., a fourth-generation, multifaceted real estate company in Livonia.

Operating office, retail, residential, and industrial properties in 24 states, including Pointe Plaza in Grosse Pointe Woods, Wonderland Village in Livonia, and the Maccabees Center in Southfield, Schostak Brothers traces its roots to 1920.

“When I left Chicago and joined our company (in 2010), I wanted to build my own niche and not be placed in an (established) department,” he says. “One of the deals I acquired (while at Urban Retail Properties) was Oakland Mall in Troy, along with (neighboring) Oakland Plaza and Oakland Square. I learned a lot from that deal.”

“That was a home-run deal that takes up 54 of the 100 acres,” he says of Armory Park. “We’re looking to add retail and restaurants along Greenfield, and big box retail or industrial along Eight Mile.”

The company also is working with Schoolcraft College to attract office and R&D users to a 25-acre site along I-275 near Six Mile Road in Livonia.

“It’s a well-located, highly visible site,” he says. “We think it will go quickly.”