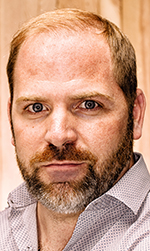 Jason Vazzano is up front about being profiled as an up-and-coming entrepreneur. “I’m not the most fascinating person,” he says. “For that, you have to go downstairs,” referring to the mostly 20-somethings he works with in Royal Oak to create the next generation of technology. “You build the best team, you get the best product,” he says. Vazzano, co-CEO and co-founder with Kurt Stecking, have taken Vectorform from a five-person startup in a small loft office in Detroit into a global leader in strategy, design, and technology solutions for an impressive client list that includes Microsoft, Intel, Disney, VW, BMW, Chrysler, NBC Universal, Raytheon, and others. With more than 100 employees, the company now has offices in New York, Seattle, Munich, Germany, and Hyderabad, India. A graduate of the University of Detroit Mercy, Vazzano says Vectorform was the first to create an app for a smartphone that controls a vehicle remotely. The company collaborated with Massachusetts General Hospital and Microsoft to develop a virtual colonoscopy viewer that allows a noninvasive, inexpensive, and highly accurate scanning process to determine if a procedure is necessary. “Apps are important for people, but we use apps to bridge people to what’s coming next.” So what’s next? Vazzano says more “wearable” technology that adapts to the individual without being invasive. “The idea is to make technology invisible. You want it in your life, but not in your way.” — John S. Schultz