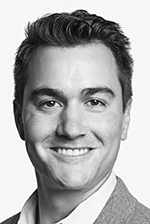 To say the entrepreneurial bug bit Erik Meier at a very early age is a bit of an understatement. When he was 9 years old, he began collecting and selling trading cards. As a teenager, he and some friends built ramps and hosted inline skating competitions. They also sold skating-related merchandise and apparel items.

Then there was the dock installation company he created one summer while he was a student at Western Michigan University. “I bought a truck and grabbed a couple of barrels,” he says. “It was me and two buddies, and we built out a crew, went door-to-door, (and) dropped flyers off. … That worked out well. Good (profit) margins.”

In 2003, Meier accepted a job working for someone else — he became a mortgage banker at Quicken Loans Inc.

“What was cool about that place was you really got to see a company grow from that smaller mid-size to just a really big, well-run organization,” Meier says. “The culture at Quicken was about training and personal development. That training really helped take a business that, for all intents and purposes, was an industry that was very old and probably pretty boring, and re-created it into a superstar.”

Meier decided to duplicate the business practices at Quicken and start an authorized Sandler training center.

Over the last seven years, his EAM Consulting has served 300 companies and 10,000 sales professionals, most of them in southeast Michigan. Meier cultivated his business the old-fashioned way. “In the beginning, it was just me going out and direct selling, cold calling, (and) doing cold walk-ins,” he says. “Now we’ve got just as much business coming from referrals as we do generating (business through) our own efforts.”

But don’t expect Meier to ever sit pat. “If there’s a company I don’t know and I want to get in touch with it,” he says, “I’ll run cold calls.”