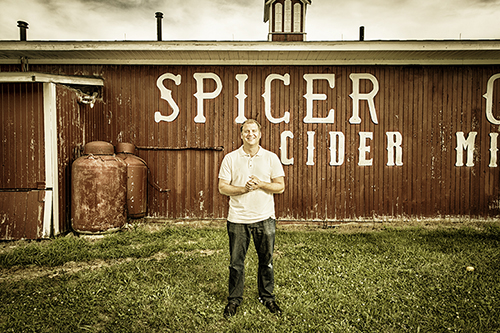 By buying local, seasonal, and sustainable products from Michigan farmers, Ed Mamou, owner of The Root restaurant in White Lake, believes he is at the forefront of a developing trend in the restaurant industry. “We stay true to Michigan by buying local, making from scratch, and treating ingredients with respect.” Mamou says. “Not only is it about growing the business; it’s about making a statement and taking it to the next level, where we are really making a difference in the Michigan food business.” Mamou says nearly 70 percent of the food prepared at his restaurant comes from Michigan farmers and vendors. The philosophy seems to be working. The Root opened in 2011 and was named the Top Restaurant for 2012 by the Detroit Free Press. Mamou gives a lot of credit for The Root’s success to his executive chef, James Rigato. “Chef James has an amazing ability to create menus from local, seasonal food, and that makes a difference,” Mamou says. Besides owning The Root — another restaurant is planned for Howell — Mamou also serves as the vice president of Royal Oak Recycling and Royal Oak Storage. Under his leadership, Royal Oak Recycling has grown into a diversified, multistate business. He credits his father for instilling a strong work ethic. “My dad (Habib Mamou) built his business on handshake agreements and an old-school mentality where loyalty is important, as is speaking the truth and being fair to your employees. I think I have always carried those values throughout my life.”  — John S. Schultz