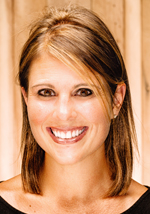 Carries Jones may be the state’s biggest cheerleader. As executive director of the Michigan Venture Capital Association, she has a chance to tell Michigan’s story in hopes of growing and maintaining strong venture capital funding for entrepreneurs and startup businesses. “I love our state and want to see it be successful,” she says. Jones works closely with the association’s more than 115 member organizations on educational, networking, and advocacy activities. She has been especially focused on marketing Michigan’s growing role as a center of innovation and entrepreneurship. Through her efforts and those of the association, Michigan has jumped from 25th to 15th in the United States for business investment activity. “What is exciting to me is all the folks that left Michigan are now coming back to be part of all the great things that are happening here,” Jones says. “Attracting outside investment to Michigan infuses the economy with new money that can help a company grow here.” A graduate of Furman University in South Carolina, the Fenton native was previously director of the Michigan Film Office, where she administered Michigan’s film and digital media incentive and spearheaded an initiative connecting the state’s film industry with the popular Pure Michigan campaign. Jones has also served in key leadership roles at the State Capital and in the U.S. Senate. She says each career move has allowed her to promote the state. “I have no tattoos of the state of Michigan on me, but it’s only a matter of time,” she says. —John S. Schultz