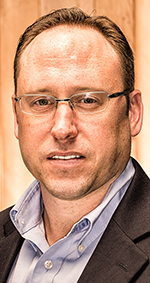 Brian Hannigan has been in the insurance industry since 1998, but he says the business model he once used at Hannigan Insurance was broken. “Back then we used telemarketing, direct mail, cold-calling, and ads on shopping carts. Those days are over,” he says. In 2008, Hannigan launched RateElert.com, based on the Lending Tree model, which matches online auto quote requests with insurance providers. As consumer behavior morphed yet again, Ratekick.com followed in 2012. “A lot of people wanted quotes but they didn’t want phone calls, and there was no way to compare information from multiple providers online,” Hannigan says. “They just want price transparency and a way to shop for car insurance anonymously, without being hassled by a salesperson.” Ratekick.com allows shoppers to enter vehicle and driver information, a desired deductible, potential discounts, and any traffic violations. Within seconds, the user receives estimates from multiple insurance companies. “We have 100-plus carriers in 50 states,” Hannigan says. “Not just the big national guys you see on TV, but local and regional companies. On average, the user will get 10 price quotes. My goal is to build Ratekick.com as a brand and to be a household name in three years,” he says. “We could easily have over 200 employees one day as we scale up with life insurance, mortgages, credit cards, student loans, pet insurance — anything that’s tied to a rate. Going public could be in the cards for us someday, too.” — Tom Beaman