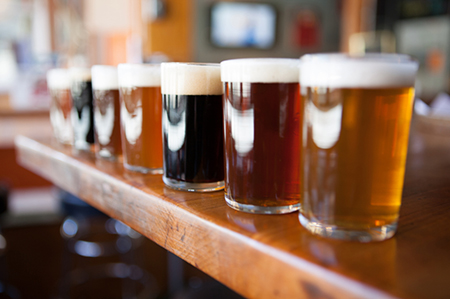 Three breweries and bars are set to open in metro Detroit within the next few months, starting with HopCat Ann Arbor on Saturday, followed by the Rochester Tap Room in March and a yet-to-be-named Clarkston bar and restaurant in June.

For HopCat’s newest location, at 311 Maynard St., the company’s founder, Mark Sellers, says he challenged his team to come up with the “best beer menu the world has ever seen,” for the new location.

“I think they succeeded by finding some of the most-sought after and highly rated craft beers on the planet,” Seller says. “We’ve also included some excellent, but seldom-seen international selections and outstanding new creations from Michigan craft brewers.”

In Oakland County, Rochester Tap Room is expected to open March 12 at 6870 N. Rochester Rd., next to Papa Joe’s. The Prohibition-style bar will carry 60 craft beers and 100 boutique wine options, with Travis Waynick serving as the venue’s “executive rebel chef.”

In Clarkston, the new bar and restaurant is set to open at 6110 N. Dixie Highway and the developers are now soliciting public feedback regarding the name of the new business at clarkstonbrew.com.

Following its May opening of the Atwater in the Park Bier Garden in Grosse Pointe Park, the company is also continuing construction on a new brewery in Austin, Texas, with plans to continue to expand its biergarten and tap house concept to two additional Michigan markets.

“We’re on a good roll with the wind at our back,” says Mark Reith, Atwater’s owner.  “We’re passionate about what we do and we’re dedicated — as we have been since we started — to the idea of ‘bringing Detroit everywhere’ and making a difference in the communities where we operate.  That formula has been working well for us so that’s the formula we’ll continue to use in the future.”

Distribution of Atwater’s product will expand into the Canadian market as well as Colorado, California, New York and New Jersey, bringing its U.S. distribution to 26 states.