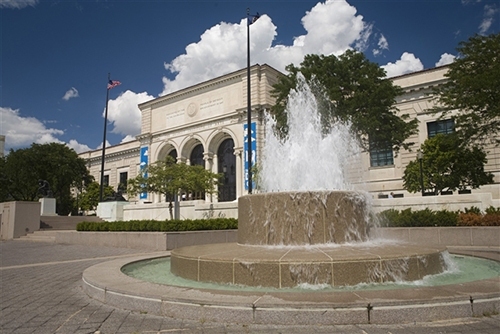 The Japan Business Society of Detroit announced today that more than 20 of its local business members have teamed up to donate $2.2 million to the Detroit Institute of Arts.

Seventy-five percent of the contribution will go toward the museum’s $100-million grand bargain goal, which currently stands at $87 million and was created to help the city of Detroit emerge from bankruptcy while protecting the museum’s art collection for the public.

The remainder of the donation, about $540,000, will be used to reinstall the museum’s Japanese collection in a new gallery.

“We are grateful for the Japanese business community’s leadership in supporting the Grand Bargain, which helps not only the DIA, but the city of Detroit and its pensioners,” says Eugene A. Gargaro Jr., chairman of the DIA’s board. “Their generosity also brings us closer to reinstalling our wonderful collection of Japanese art, most of which has not been on view for several years.”

“The DIA is a significant cultural icon in metro Detroit and in the state of Michigan, and we are pleased to be able to support their activities,” says Hikaru Sugi, president of the Japan Business Society of Detroit. “We look forward to working with the DIA on the Japan Gallery so we can continue strengthening the friendship and understanding between the U.S. and Japan.”