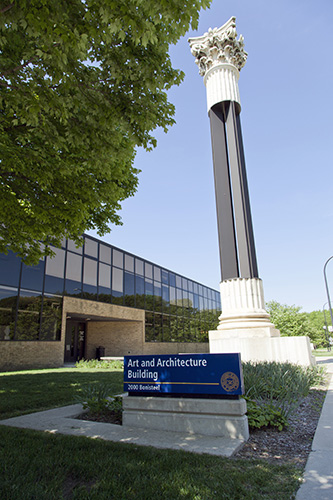 The College of Architecture and Urban Planning at the University of Michigan is set to undergo a $28-million renovation and expansion led by Troy-based Integrated Design Solutions, in conjunction with Cambridge, Mass.-based Preston Scott Cohen Inc.

The renovation work — which should take about three years — will update the 1970s-era building and add more communal space and allow for more collaboration between students and faculty, says Monica Ponce de Leon, dean of the architectural college.

“It will be more reminiscent of real architectural firms,” Ponce de Leon says. “Our philosophy of instruction has changed considerably since the college’s founding, now with the belief each student should have their own desk and be able to work individually or as a group.”

Last week, the school announced that real estate developer A. Alfred Taubman, the college’s namesake, contributed $12.5 million to the renovation project. It builds upon his $30-million donation to the college in 1999, the single largest gift ever to an architecture program in America.

In recognition of Taubman’s commitment to the college’s expansion and renovation, the U-M Regents approved the naming of the new A. Alfred Taubman Wing.

“By any measure, the college’s people and programs are among the very best in the nation,” said Taubman, who studied architecture at U-M before founding his own real estate firm in 1950. “I think it’s important that the college’s physical environment better reflect and support that level of excellence.”

In preparation for the project, Taubman and Ponce de Leon researched different architectural design models for the college by visiting and analyzing various schools of architecture and planning nationwide. The design phase of he project will begin this year, Ponce de Leon says.