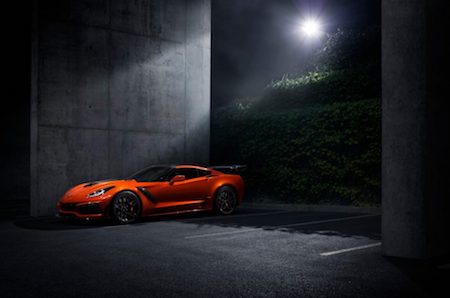 Chevrolet has introduced the 2019 Corvette ZR1, a supercar that features the most power, track performance, and advanced technology in the brand’s production history.

“I’ve never driven a Corvette like this before, and nobody else has either, because there’s never been one like this before,” says Mark Reuss, GM’s executive vice president of global product development, purchasing, and supply chain. “Its unprecedented performance puts all other global supercars on notice that the ZR1 is back.”

The 2019 Corvette ZR1’s appearance is also driven by function, making it the fastest production Corvette to date. The front fascia is designed to channel air for propulsion system and drivetrain cooling, with four new radiators bringing the heat-exchanger total to 13.

A carbon fiber halo hood is open in the middle to clear the LT5 engine’s supercharger assembly. Additional features include aero packages with stanchion-mounted wings. The ZR1’s top speed is over 210 miles per hour.

The 2019 Corvette ZR1, which is expected to be at the 2018 North American International Auto Show in Detroit in January, will go on sale next spring.