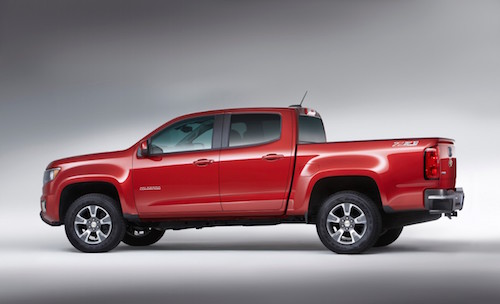 The 2017 model year updates for the Chevrolet Colorado, which will arrive at dealerships later this year, include a new V-6 engine and a class-exclusive, eight-speed automatic transmission.

“For the new V-6 and eight-speed combination, we focused on improving everyday driving performance,” says Stan Ludlow, chief engineer for the 2017 Colorado. “Drivers will immediately notice that it pulls harder when accelerating from a stop or passing on the highway; it is more confident pulling a trailer up a steep grade, and it is more refined cruising at a constant highway speed.”

Use of aluminum and magnesium, combined with similar packaging to the vehicle’s previous transmission, equates to no increase in overall weight for Colorado models equipped with the new transmission.

Chevrolet is on track to sell more than 160,000 units of the Colorado, which entered the market for model year 2015, in its first 24 months on the market.