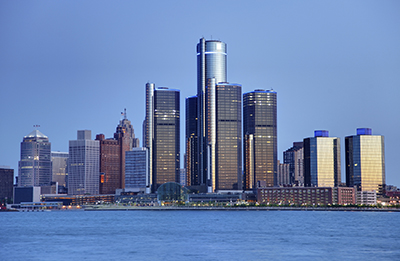 Michigan’s advertising campaign Pure Michigan next year will focus on the comeback story of Detroit. Additionally, Travel Michigan will update the campaign’s website in an effort to make it more intuitive and dynamic.

“The whole comeback story of Detroit I believe is the travel story of the year for America,” says David Lorenz, vice president of Travel Michigan, a division of Michigan Economic Development Corp. “We just feel that the time is right — we can’t just rely on the media to automatically discover the story to the benefit of travel to Detroit and to Michigan. We need to be more proactive.”

Lorenz says the 2016 campaign will include a variety of marketing techniques, such as advertising, web presence, social media, public relations, media relations, and some other activities. He says the campaign is still in the planning phase, and Travel Michigan is working with the Detroit Metro Convention and Visitors Bureau to determine how to best tell the story of Detroit.

He says the messaging will focus on all of metro Detroit, and Pure Michigan will continue to promote other areas of the state. Lorenz says the new campaign will focus on the “vibe” of Detroit.

“It’ll be just as important in the way we’re presenting Detroit as the story we’re telling,” Lorenz says.

He says Travel Michigan is also in the process of putting out a request for proposal for a revamp of it’s website, Michigan.org.

“We’ve been the number one state travel website in the country by travel volume for eight years in a row,” Lorenz says. “People are getting to the website but the problem is we don’t think it’s as intuitive as it needs to be.”

He says the website can be difficult for people from outside the state to navigate. The new website will be categorized by the activities tourists are passionate about, such as craft beer or hiking.

“We’re going to make it easier to find what to do without having to know where those things are in the state,” he says.â€‹