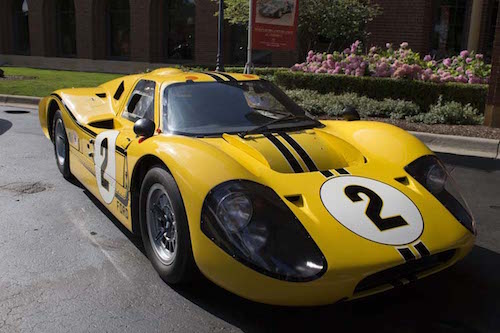 The 38th annual Concours d’Elegance, to be held July 29-31 at The Inn at St. John’s in Plymouth Township, will feature a variety of events including tours of automotive history sites, an automobile auction, an updated display of antique and classic vehicles, and more.

“Every year there are different cars; you have to be invited to show your car,” says Diane Flis-Schneider, executive director of Concours d’Elegance of America. “So the cars will all be fresh cars that have been unseen in Concours in prior years.”

With an expected attendance of nearly 14,000 people, activities begin on July 29 with the Motor-Coach Tour. The guided tour, which begins at 8:30 a.m., will visit the Boston-Edison historic district where Henry Ford once lived; the Ford Piquette Avenue Plant, the former General Motors headquarters, and Frank Lloyd Wright’s Dorothy Turkel house — all of which are in Detroit — as well as the Highland Park Ford Plant where more than 15 million Model Ts were built.

Other events on July 29 include the RM Sotheby’s Motor City auction preview; an invitational art exhibition; and the Kip Sheward Motorsports’ battle of the brands, where guests will bring their sports car or motorcycle to compete to get the most of one brand.

Events on July 30 include LBI Limited Cars and Coffee; the Hagerty Seminar Series; RM Sotheby’s Motor City Auction; Italian Happening (a display of Italian vehicles); the Inca Tea Tip Your Hat luncheon; and Concours d’Lemons, a display which will feature past vehicles such as the Ford Pinto and the AMC Gremlin.

RM Sotheby’s Motor City Mingle dinner, cocktails, and auction will also be held on July 30. Mitch Ryder and the Detroit Wheels will provide the entertainment for the evening.

The Concours d’Elegance of America will be held on July 31 and feature more than 300 vehicles, including a performance class that offers five GT40s to celebrate the vehicle’s 50-year-old victory at Le Mans and the featured class showcasing cars designed by Raymond Dietrich, jet-age travel trucks, personal utility vehicles, and Pierce Arrow cars.

“Every year we do something different,” says Brian Joseph, car selection chairman for the Concours d’Elegance. “Last year we did very early motorcycles … and this year we have the 1940s. Nobody has ever had (the jet-age class or travel trucks) as a class at a major Concours.”

To learn more about the Concours d’Elegance, visit concoursusa.org.