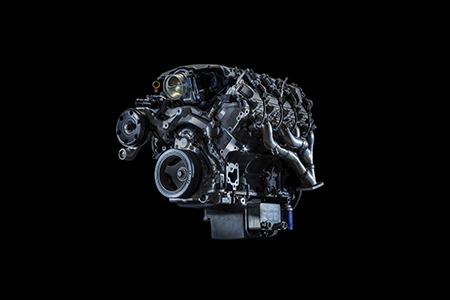 Detroit-based Chevrolet today announced the redesigned 2016 Camaro will feature a drive mode selector that allows drivers to tailor the car to specific driving conditions such as snow, ice, tour, or sport. In turn, drivers can select various exhaust sound levels whether driving in urban areas, on the highway, or at the track as well as set personal options.

“We wanted to build on the flexibility of the current Camaro ZL1, which is great for grand touring, commuting, the drag strip, and track days,” says Aaron Link, lead development engineer for the Camaro.

The new vehicle will feature calibrations for throttle progression, steering, and stability control that are optimized for each setting. The car will also read the road and driver inputs 1,000 times per second, so the dampers will be automatically adjusted for optimal performance.

“The new Camaro will be even more adaptable, with up to eight vehicle attributes adjusted to fit a driver’s preference,” Link says. He says there will be a dual-mode exhaust system, along with electronically controlled valves that can bypass the mufflers and deliver greater sound levels.

Chevrolet also announced that the body structure of the 2016 Camaro will be pared down about 200 pounds by using aluminum to support the instrument panel, as well as the front and rear suspension.

The 2016 Camaro will be unveiled on Belle Isle during a day-long event on May 16 as part of the lead up to the Chevrolet Detroit Belle Isle Grand Prix, which runs May 29-31.