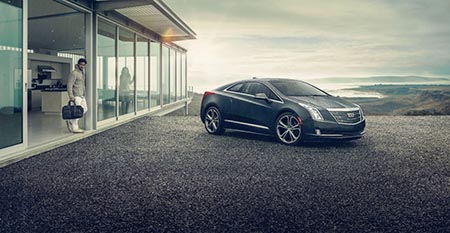 Cadillac today announced upgrades for the 2016 version of the plug-in hybrid ELR coupe, including added power and torque, built-in Wi-Fi hotspots, and driver assistance safety systems such as a side blind zone alert and rear cross traffic alert.

“The upgraded ELR offers enhanced driving,” says Johan de Nysschen, Cadillac president. “It’s unique in the luxury category, in that it completely eliminates conventional concerns over driving range, which has been the Achilles’ heel of other competitors in the luxury segment.”

The 2016 Cadillac ELR offers a 25 percent boost in power and torque and a higher top speed of 106 mph. The ELR has a full driving range of up to 330 miles, combining electric driving and a 1.4-liter gasoline-powered engine generator. The car can go nearly 40 miles on electric power.

Pricing starts at about $58,500 (includes a $7,500 tax credit), is $9,000 less than the current model. The car, built at General Motors’ Detroit Hamtramck Assembly Plant, will be delivered in the coming months.