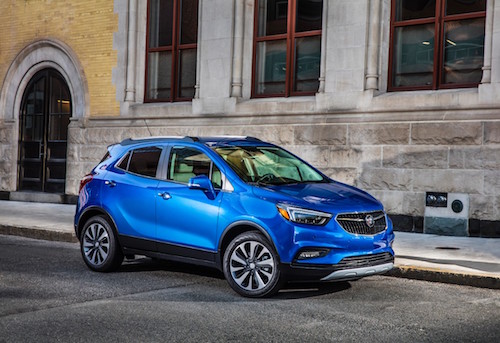 Through September, global Buick deliveries worldwide totaled 1,046,746 vehicles for 2016, which is the quickest the General Motor Co. brand has reached this number in its 113 years of business.

“Demand worldwide continues to grow for attainable Buick luxury and the beautiful, quiet, and comfortable cars and SUVs we offer,” says Duncan Aldred, vice president of global sales, service, and marketing for Buick.

Buick ranks as the second-largest passenger-car brand in China, and the brand’s U.S. year-to-date retail sales are the highest they have been in 11 years.

Company officials say the brand’s SUV lineup is contributing to its growth. The compact sport utility vehicle Envision is expected to reach 200,000 global sales in its second year on the market. The vehicle sees an average of 23 days on dealer lots, which is below the industry average of 65 days.

The Encore small SUV has increased in global sales since its launch less than four years ago, and had its best U.S. sales month in September with 7,197 deliveries.

Founded in 1903, Buick has production plants in Canada, Mexico, the U.S., and China.