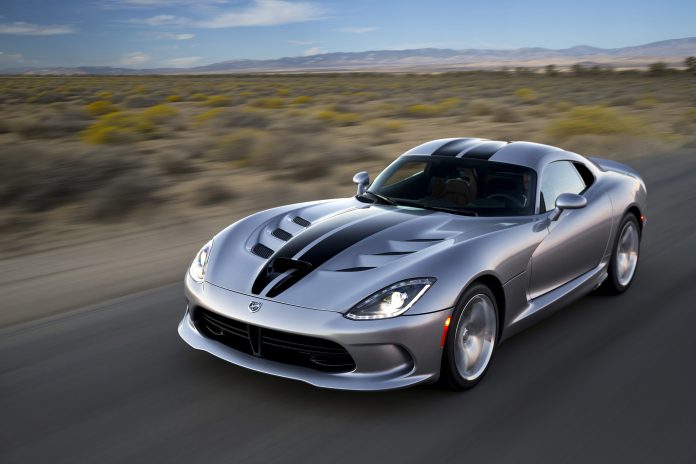 Production of the 2015 Dodge Viper at the Conner Avenue Assembly Plant in Detroit will kick off next quarter, with vehicles arriving in dealer showrooms early next year. What’s more, the MSRP for the vehicle starts at $84,995 — $15,000 less than the 2014 model.

For the first time, the automaker will expand Viper sales beyond the SRT (Street Racing and Technology) network of dealers, making the vehicle available to more than 2,300 Dodge dealers.

“We have a saying at Dodge: ‘If you know … you know,’ and if you know Viper, you know this is big news,” says Tim Kuniskis, president and CEO of Dodge and SRT brands.

While the move positions the 2015 model so that it’s priced competitively to the first-generation Viper, which was introduced in 1992 with a starting MSRP of $50,700 (about $86,000 in today’s dollars), the technology far exceeds the original model, Kuniskis says.

“The Gen 1 Viper had 400 horsepower,” Kuniskis says. “It didn’t have air conditioning, anti-lock brakes, traction control, or stability control. It didn’t even have real windows. It was the purest, rawest, and most visceral American performance car of its time.

New for 2015, the Viper’s 8.4-liter, V-10 engine and Tremec six-speed manual transmission delivers 645 horsepower and up to 20 miles per gallon on the highway.

“The Gen 5 Viper maintains the purity of the original car,” Kuniskis says. “But the rawness has been tamed with state-of-the-art five-mode ESC, two-mode suspension, ABS, traction control, launch control, and a lightweight structure comprised of carbon fiber, magnesium, and aluminum.”

In turn, the automaker announced all existing 2014 model year dealer inventory will be reduced by $15,000, effective immediately. Additionally, all existing Gen 5 Viper owners (2013-present) will get a certificate worth $15,000 that can be redeemed toward the purchase of a new Dodge Viper.