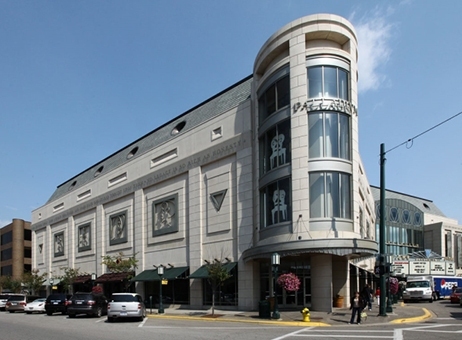 Peas & Carrots Hospitality will open two new restaurants this summer in Palladium 12, a movie and commercial complex at North Old Woodward and Hamilton in downtown Birmingham.

“In my opinion, Birmingham is the kind of place where people want to go into a restaurant that’s constantly packed, has good energy, and never feels like its empty,” Sklar says. “So in order to break up all of that space, I thought it made more sense to do two concepts inside of one.”

And, because they’re two concepts under one profit-and-loss statement, the restaurants will be able to share a liquor license, something that can be quite hard to come by in Birmingham, Sklar says.

Arthur Avenue — named for a famous street in the Bronx that is populated by several “hole-in-the-wall” Italian eateries and shops — will seat about 120 people. He says customers can expect “a lot of food in red baskets,” including garlic knots and mozzarella sticks made with fresh, pulled mozzarella. Main dishes will include homemade lasagnas, meatball subs, and chicken masalas.

Sklar compares the second restaurant to Balthazar in New York City. With seating to about 80 to 90, the venue will serve classic, simple French food, including roast chicken, homemade fries, steak tartar, and a large selection of hamburgers.

Sklar is interviewing major players from both area and out-of-state craft cocktail bars, to help held the brasserie’s own cocktail program,

“It’s going to be similar to that of Sugar House (in Corktown) or The Oakland (in Ferndale),” Sklar says. “You can only get them sitting down, there’s no standing room there. It might take seven to nine minutes to make, but (the drink) is going to have homemade bitters and juices.”

The Palladium restaurants are just two of five restaurants Peas & Carrots Hospitality intends to open this year. The company — which also owns and operates Social Kitchen & Bar in Birmingham as well as MEX and Beau’s, both in Bloomfield Township — plans to open two new restaurants in Chicago and another in Grand Rapids.

Recent hires include Ryan Sand, ‎chef de cuisine (comparable to an executive chef) at Thomas Keller’s Bouchon Bakery & Café in New York. Sand will assist in the development of the future restaurants, with a particular interest in the Chicago locations.

“There aren’t many companies that are opening five restaurants on one year, especially in the Midwest,” Sklar says. “But our growth structure is incredible. We have such a good team, and we need more outlets for them to grow.”

Palladium 12 first opened in 2001. It was acquired in April 2014 by A.F. Jonna Development in Bloomfield.