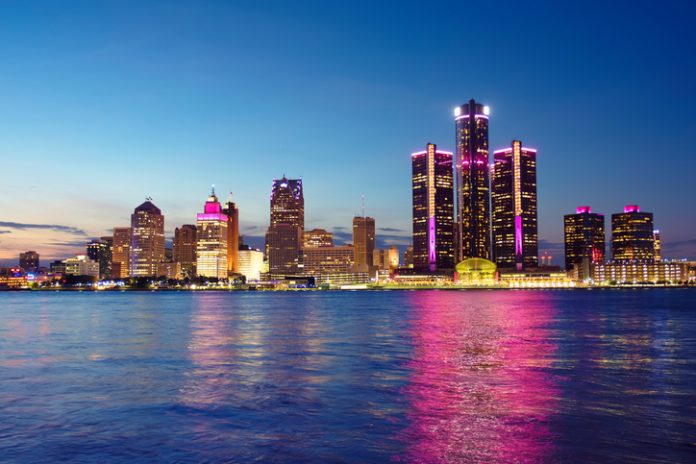 City Growth Partners in Detroit today announced it would construct a $136-million mixed-use project on the city’s east riverfront along Atwater Street near the Renaissance Center.

The project will offer 360 apartments, 20 percent of which are affordable, a 120-room boutique hotel, and around 40,000 square feet of commercial space. Construction is expected to start in early 2020 and take two years to complete.

In a transfer of development rights from McCormack Baron Salazar that was approved by Economic Development Corp. today, CGP is partnering with ODA, a New York based architecture firm known for its Tetris-inspired, boxy. Every apartment, hotel room, and retail space will feature riverfront views.

“We’re driven by a passion to create catalytic projects with social, economic, and architectural impact — community spaces that provide benefits and opportunity to all Detroiters,” says Moddie Turay, founder and principal partner of CGP.

The east riverfront development site spans 3.1 acres and was acquired for around $5.5 million. The parcel is bounded by Atwater, Rivard, Riopelle, and Franklin streets, and is located one block from the Detroit River.

“It was clear from our first meeting that CGP shares our vision for making a positive impact in communities by creating experiences, not just buildings,” says Eran Chen, founder of ODA. “It’s a special experience to get to work with someone that is not only equally passionate about the power of community, but critically explores how every element of a project — aesthetics, functionality, public spaces — can be leveraged to achieve that.”