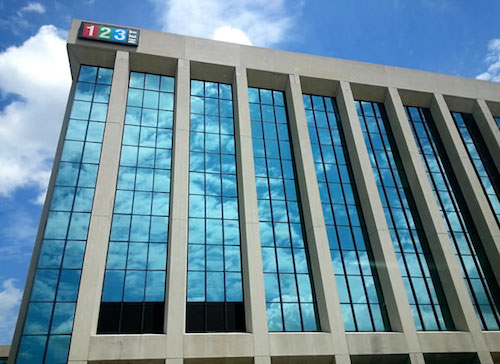 Southfield-based wireless, fiber, and technical solutions provider for Michigan’s business customers 123.Net reported an increased revenue, customer, and employee growth in 2016, according to their internal data.

The year’s main highlight was the opening of 123.Net’s advanced 20,000-square-foot data center at its headquarters facility, which uses ultra-efficient technologies to optimize its network, power, security, and cooling capabilities. The data center’s occupancy is reportedly ahead of schedule, with several Fortune 500 and Top Ten clients.

“The response to the data center has been solid from companies with complex requirements that need to be seamlessly managed,” says Dan Irvin, 123.Net CEO.  “In fact, we’re so encouraged by the early response that we’ve already begun working on Phase II of what will ultimately become a 100,000-square-foot 20 MVA data center project.”

The company’s wireless network was also enhanced during 2016 with the Cambridge Broadband Network VectorStar agreement that provides 123.Net’s customers with carrier grade service on a performance-grade network. It also grew the downtown Detroit wireless network to include five additional sites when a new tower was added atop the history Maccabees Building in Midtown.

123.Net was also named to “Metropolitan Detroit’s 101 Best and Brightest Companies to Work For,” by the Michigan Business & Professional Association.

“The most important aspect of the Best and Brightest program as far as we’re concerned is that the award is given only after extensive interviews with our employees,” says Irvin. “At 123.Net everything we do is backed by real people – Michiganders who are committed to customer first service and we’re delighted that they consider working for 123.Net to be a positive experience.”

To meet growing demand for its products, 123.Net added over 30 employees in 2016 and is expecting similar growth in 2017.

“We’ve hit important milestones in 2016 across our product platforms,” adds Irvin. These technological investments, backed by investments we make to bring in new team members who fit our culture of customer service and accountability, have us poised to continue on our current trend of delighting current customers and earning new ones.  If we do that, 2017 could be an even better year.”