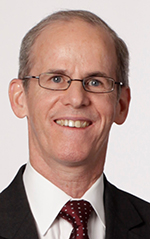 Even as the mergers and acquisitions market has surpassed $3 trillion worldwide in deal value this year, roaring at a level close to 2007’s boom-year pace, some of the leading U.S. dealmakers are starting to wonder whether that pace is sustainable, according to Bloomfield Hills-based Dykema’s 11th annual M&A Outlook Survey.

With considerable turmoil in world markets in parts of 2015 and a handful of megadeals accounting for much of the record-level volume, only 37 percent of respondents in this year’s survey said they believed the M&A market would strengthen in the next 12 months, down from 59 percent in 2014. Twenty percent said they expected the market to weaken, compared with just 9 percent who answered that way in 2014.

They’re not exactly in “sky is falling” mode — the largest number of respondents expected no change in M&A over the next year — but it’s the most concern dealmakers have shown in years. Respondents’ feelings about U.S. M&A were in line with their overall outlook for the U.S. economy. Of those who said the M&A market would strengthen, 78 percent said they had a positive outlook for the U.S. economy over the next 12 months.

But just 48 percent of all respondents had a positive outlook for the U.S. economy over the next 12 months, down from 62 percent in 2014 and the lowest finding since 2012.

Fifteen percent said they had a negative outlook, the highest mark since 2012.

Pockets of intense activity and growth remain, of course. The health care sector has produced several of this year’s monster deals, such as Anthem Inc. and Cigna Corp.’s plan for a $55.2 billion merger that would create the nation’s largest health insurer. Health care M&A reached $484.2 billion through early September, up from $274.5 billion for the same period in 2014, according to The Wall Street Journal.

Technology deals experienced a similar jump, from $268.3 billion in volume through early September 2014 to $356.2 billion through the same point this year — and that was prior to Dell’s announced $67 billion acquisition of EMC in mid-October. Not surprisingly, when we asked respondents to predict the top sectors for M&A next year, they ranked health care and technology at the top.

Many respondents noted that deals have been fueled lately by the availability of capital. When asked to explain why U.S. strategic buyers wield the greatest influence over deal valuation, one respondent was clear: “Too many dollars available for investment and the need to put those dollars to work.”

Another said, “Strategic buyers have a lot of cash and/or cheap available financing.”

One respondent who was somewhat optimistic about M&A into next year said 2015 might have been the best opportunity for midmarket companies to position themselves for a sale — but some delayed to try to improve their valuations. “To some extent, it’s caused them to overshoot the market,” he says, “and now they take on a little bit of risk. If everyone jumps in the pool at once, it drives down value.”

Key takeaways from the survey:

• Some findings revealed conflicting thoughts about the M&A market. Despite the overall drop in optimism noted above, 72 percent of respondents still expect an increase in M&A activity involving privately owned businesses, although down from 82 percent in 2014.

• Respondents expecting an increase in M&A in that area cited concerns about aging business owners as their top reason for the increase, as those owners may believe valuations for their businesses are reaching top levels.

• Respondents said that they expected health care and financial services to continue with strong M&A activity into at least 2017.

• Respondents said they thought a change in the Federal Reserve’s interest-rate outlook, a decline in Chinese/Asian economies, and a significant decline in U.S. equity prices would have the greatest potential to affect global M&A.

• Respondents were less optimistic about overseas M&A activity to the U.S. Notably, there was a large drop from the 2014 results in the percentage of respondents who expect M&A investment from China and Europe to increase.

Thomas Vaughn is a member at Dykema in the Detroit office.