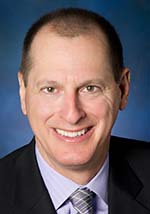 Peer-to-peer commerce site Etsy has more than 50 million users, comedian Adam Carolla has one of the most popular podcasts of all time, and Ford Motor Co. sells millions of cars each year. What do they all have in common? The are all victims of patent trolls.

Every year, thousands of innovators, businesses large and small, and others are blindsided by bogus patent-infringement claims. They’re victims of a growing epidemic spreading across the country that amounts to legalized extortion.

These unethical patent trolls commit legalized extortion that is hurting Michigan employers; Dearborn-based Ford Motor Co. has been sued for patent infringement more than a dozen times, as the trolls take car makers for a ride. In 2014, patent trolls filed more than 100 suits against automakers and suppliers — up more than 500 percent from 2009, according to Automotive News.

Patent trolls — also known as patent-assertion entities — acquire patents solely for the purpose of sending demand letters or filing lawsuits against companies accusing them of violating those patents. As a result, innocent businesses and entrepreneurs are forced to either pay the trolls to go away or spend millions in legal fees for their day in court.

Patent-litigation suits are easy and inexpensive to file, and sending a threatening demand letter costs as little as the price of a postage stamp. Meanwhile, every dollar spent defending against these meritless lawsuits is one less dollar that small businesses can invest in technological innovation, growing the economy, and creating jobs.

About 80 percent of victims are small and medium sized businesses — and that’s no coincidence. The average company victimized by trolls’ lawsuits has annual revenues of $11 million a year. Trolls realize that unlike large corporations, smaller businesses — especially startups — typically don’t have the resources to hire legal teams to defend them and will agree to settle out of court to avoid costly litigation.

Hosco Fittings, a 15-employee paint accessories manufacturer based in Wixom, was sued by patent trolls for including products in its catalogue with expired patents. The trolls demanded $500 for every product sold with a mislabeled or out-of-date patent. Hosco fought back and successfully had the case thrown out over the course of several months — time and resources that could have been spent on business development and expansion.

The situation is so bad that Michigan small business owners, State Attorney General Bill Schuette, and even HBO’s Last Week Tonight host John Oliver have jumped into the debate. In December 2013, Schuette was among 42 state attorneys general who wrote to the Federal Trade Commission commending it for its plan to conduct a wide-ranging investigation of patent trolls. This spring, Oliver described the problem as “insane” and said something needs to be done about it.

Oliver is right, and Congress has worked out fair, bipartisan solutions. Two reform bills — the Innovation Act in the House and Protecting American Talent and Entrepreneurship know as the PATENT Act in the Senate — would discourage trolls from filing frivolous lawsuits, help small businesses fight back and make sure that inventors who do need to defend their property rights in court can do so without any extra roadblocks. Each bill earned overwhelming committee approval this summer.

Neither of these common-sense bills has received a full floor vote yet — and they never will, if patent trolls get their way. But, just in case, trolls are stepping up their efforts to cash in before Congress intervenes. In the first half of 2015, patent lawsuits filed in district courts jumped 11 percent over the same period last year. More than two-thirds of patent-infringement suits this year have been initiated by trolls and nine in 10 of the suits involved high-tech companies.

Bogus patent claims drain $80 billion from the U.S. economy each year. Trolls’ lawsuits typically drag through the court system at a snail’s pace — an average of  2.7 years — all the while tying up small businesses’ resources. Real reform to prevent patent-litigation abuse will require changing the economic incentives of patent suits, shifting the burden of proof in frivolous claims to the trolls and away from innovators and entrepreneurs.

The fee-shifting provisions of the Innovation Act and the PATENT Act will ensure patent trolls must pay defendants’ legal fees if those trolls bring bogus lawsuits and lose their cases. Provisions in both bills would also make it easier to collect legal fees from patent troll shell companies, reducing the likelihood trolls will simply declare bankruptcy and disappear if they lose the lawsuits.

Congress now has an opportunity to seize this moment of bipartisanship and stop predatory patent trolls from further extortion of our state and our country’s legitimate businesses. We can’t allow special-interest groups to stop the real progress our lawmakers have made on this issue.

Gary Shapiro of Birmingham, is president and CEO of the Consumer Electronics Association, a U.S. trade association representing more than 2,000 consumer electronics companies, and author of The New York Times best-selling books, Ninja Innovation: The Ten Killer Strategies of the World’s Most Successful Businesses and The Comeback: How Innovation Will Restore the American Dream.