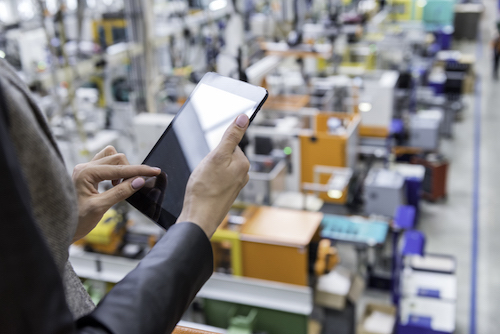 According to a November 2016 survey released by PeopleReady — a staffing firm that specializes in placing manufacturing workers —  a labor shortage appears to be slowing job growth for the first time since 2007.

Year-over-year job growth is now only at 1.6 percent, down from 2.3 percent in February of 2015. During that same time, job openings remain at near record levels. Employer demand for labor appears to be greater than the supply. And, the so-called silver tsunami of baby boomer retirements is just starting.

John Pulliam, PeopleReady’s senior financial analyst, says the overall shortage is driven primarily by aging baby boomers. However, for many blue-collar job categories the shortage is driven by an often-overlooked trend: 10 million working age men missing from the labor force. To put that number into perspective, 10 million men represents 20 percent of the total workforce with a high school diploma or less.

Based on data from the Federal Reserve Bank of San Francisco, the number of men, ages 18-30, in the workforce has decreased 4 percent since 2004. These young men aren’t unemployed but instead have taken themselves out of the market in their prime earning years.

NPR.org describes several drivers of the trend, including manufacturing jobs going overseas, automation decreasing the number of low skilled jobs, and a significant increase in incarcerations and felony convictions.

The Chicago Tribune also notes that high levels of retirement are increasing turnover and leaving employers scrambling to fill positions. Jim Nelson, vice president at the Illinois Manufacturing Association, adds that companies are struggling to hire workers with basic professional skills, in addition to the technical skills required for their jobs. He recalled that when applicants to a state manufacturing training program were told they would be drug tested to qualify, nearly half of them failed to return.

“Getting people to work on time, and drug-free and alcohol-free, is a big challenge,” Nelson says.

A lack manufacturer-provided training has also been an obstacle for under-skilled workers hoping to advance their career path. In today’s global economy, manufacturers must keep a close eye on margins as they grapple with global competition. These thin margins often make a long-term investment in creating an internal workforce talent pool difficult for employers because they see it as an expense on their P&L statement.

Many agree manufacturing needs a mindset shift regarding investment in human capital training. Forward thinking manufacturers need to treat training as a long-term investment, instead of an expense, like new equipment purchases.

Todd Palmer is founder and president of Troy-based Diversified Industrial Staffing and Diversified PEOple LLC, and is a regular contributor to DBusiness.