Despite the challenges faced by the Detroit Three automakers, the executive teams contributed mightily to the global economy. On the following pages, DBusiness presents a listing of the top management ranks, as of December 15, 2008. 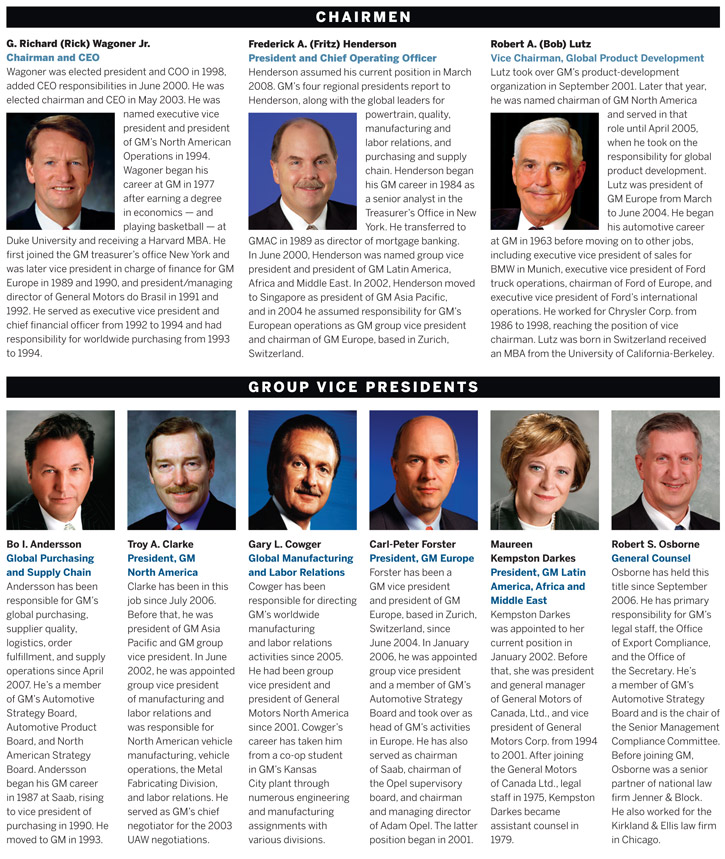 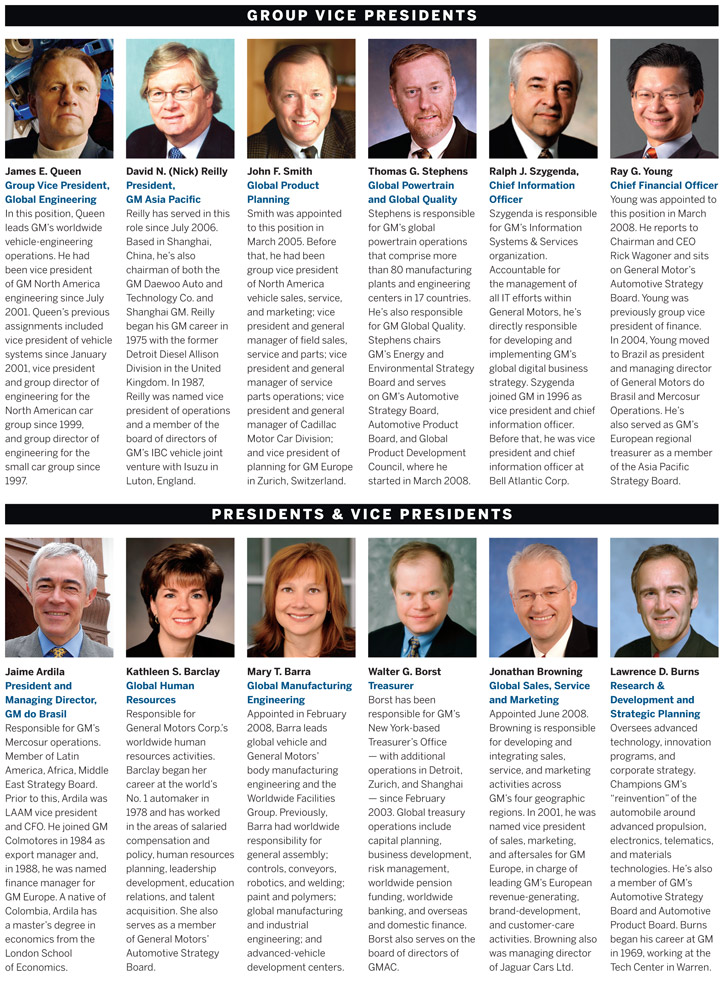 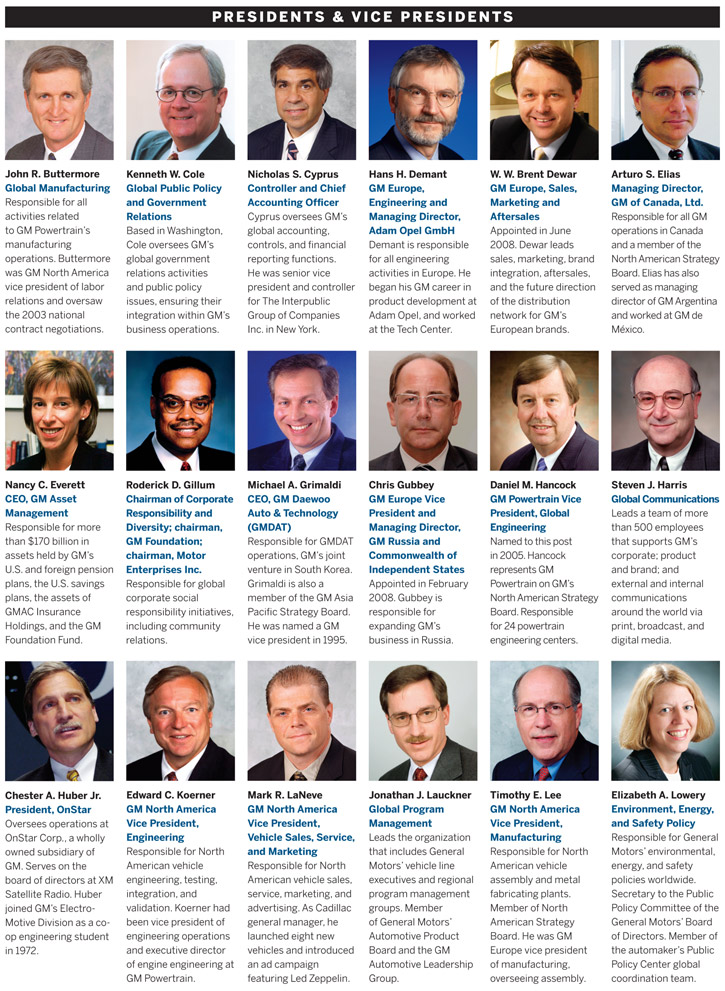 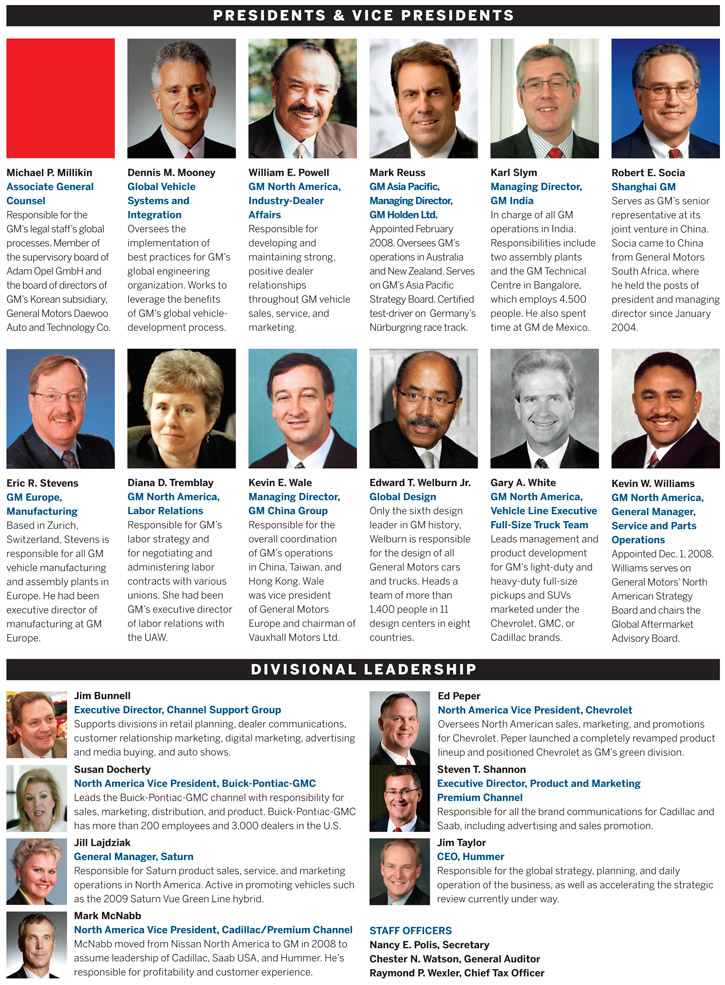 Since the appointment of Alan Mulally as president and CEO, Ford’s efficiency has improved dramatically. DBusiness presents the company’s top leaders, as of December 15, 2008. 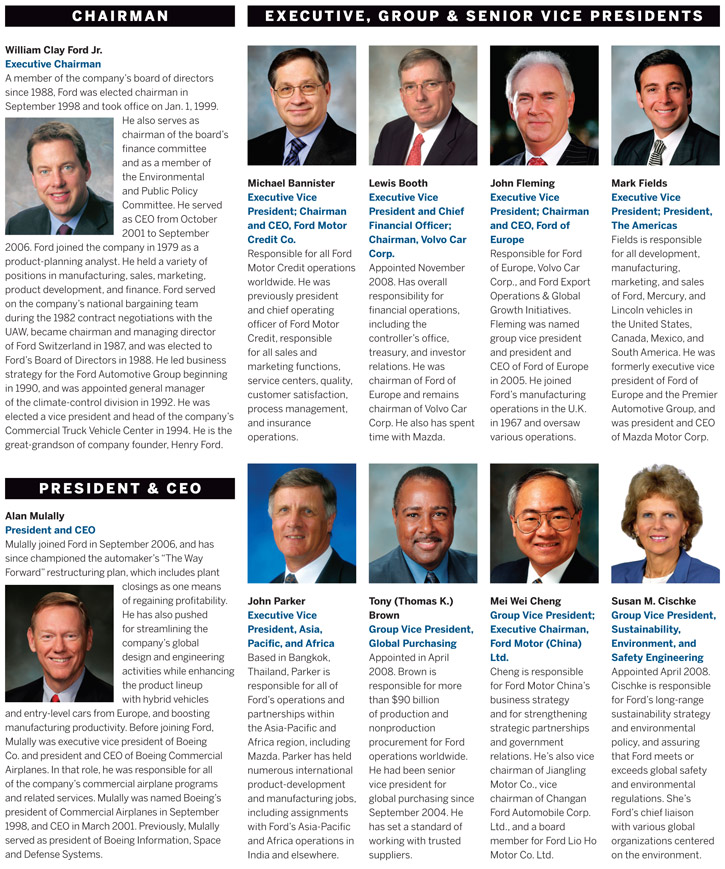 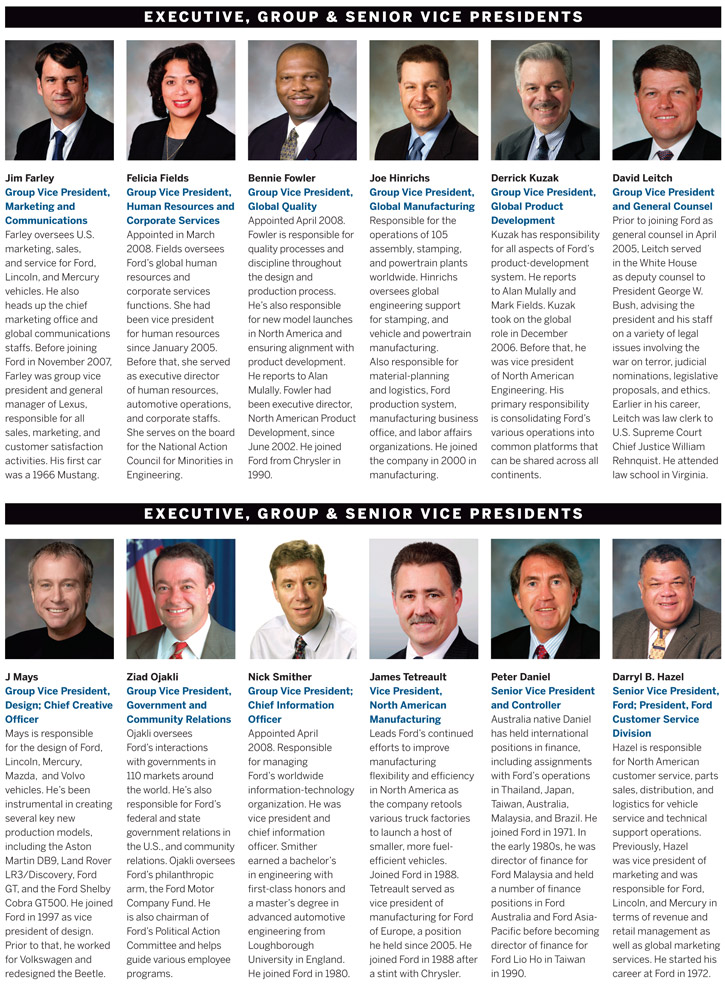 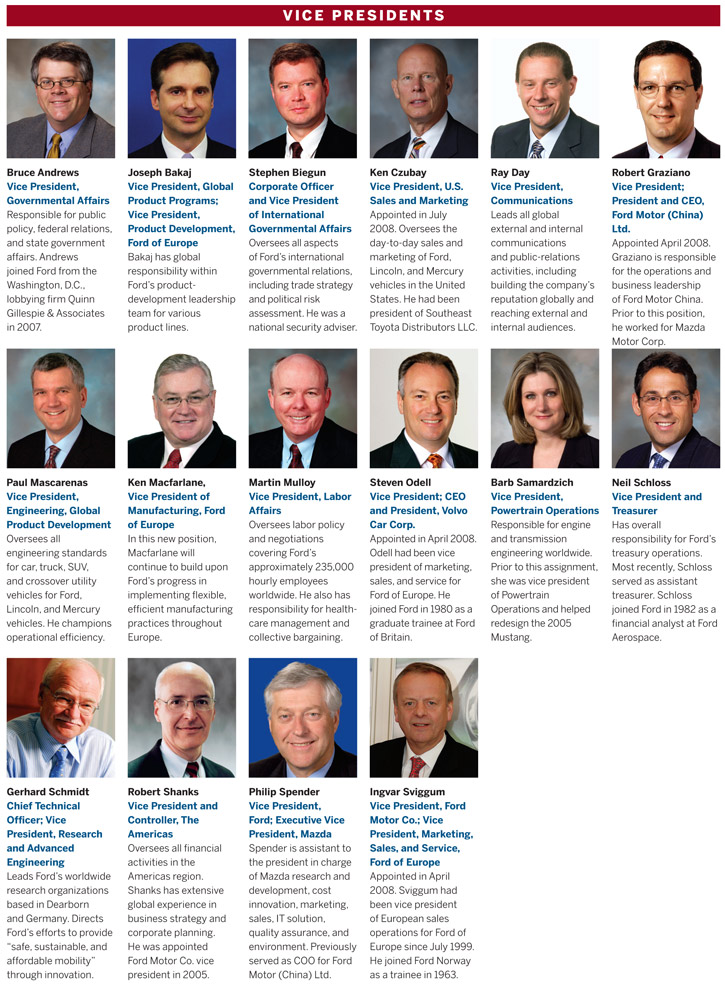 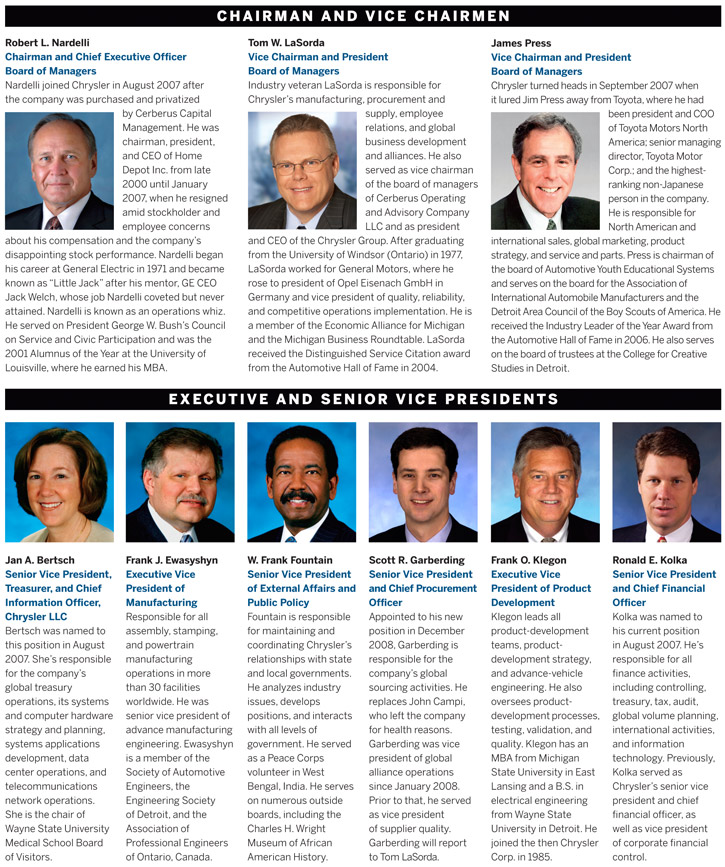 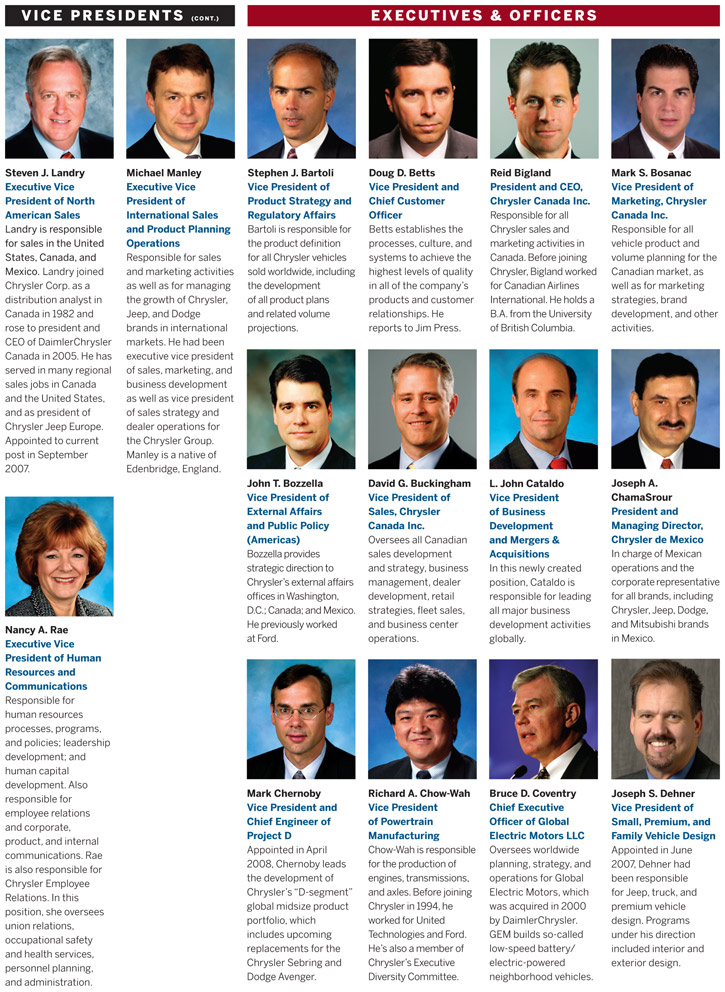 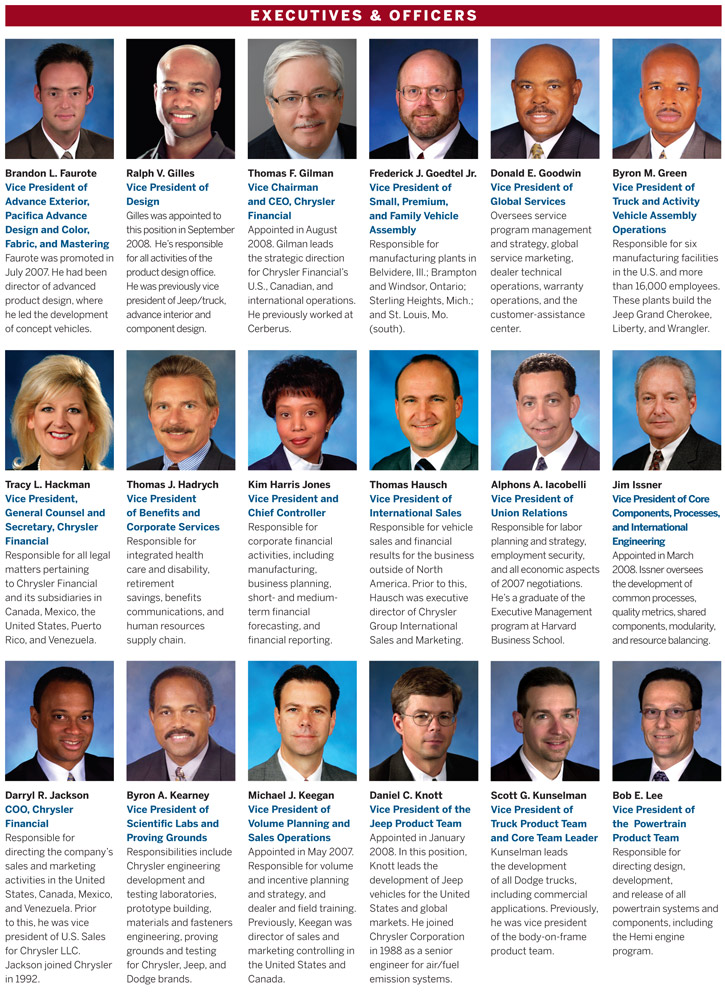 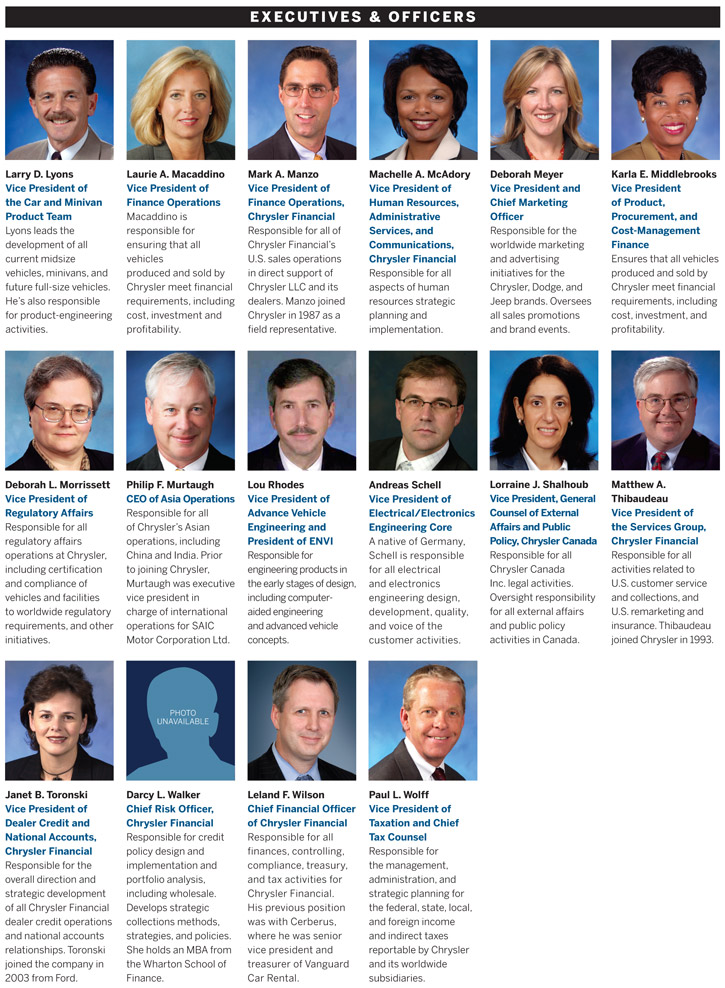