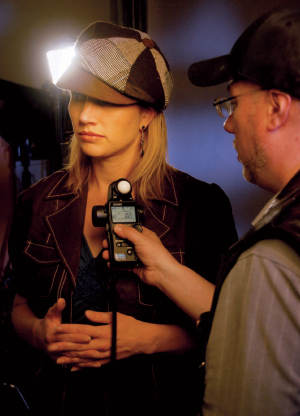 Robert DeNiro. Goldie Hawn. Clint Eastwood. Kevin Kline. Richard Gere. They’re all coming to Michigan. New tax breaks for film production in the state — up to 42 percent — are drawing top-shelf actors, directors, and producers to Michigan, while keeping local thespians such as Rochester’s Jennifer Kincer extremely busy. “I can’t believe the number of requests I’m getting for auditions,” Kincer says. “I’ve already worked with Daniel Baldwin and James Russo, and I’m wondering who’ll be next.”

Apart from the cameras, the new tax incentives have film-service companies wondering where all the equipment will come from to meet the needs of Hollywood. “The filmmakers are coming, but the question is: Will they come back,” says Jeff Spilman, managing partner of S3 Entertainment Group in Troy. “We don’t have the infrastructure to handle all the new jobs coming our way, but we’re working on it.”

Spilman, who also has an office in Los Angeles, says the state would be an even more attractive place to produce films if more equipment were available. “Right now, everybody is bringing in their own gear,” he says, “but we’re busily filling up a large warehouse in Ferndale with equipment to rent. We’re also offering a travel service, insurance, and all the other things you need to produce a multimillion-dollar film. If you provide a turnkey operation, you’re going to get even more business.”

Tim Codd, a consultant who is working with filmmaker Mike Binder and his brother, producer Jack Binder, wants to take it a step further. “If we’re going to do this right, I would suggest the state create an enterprise zone where you could coordinate the development of a film campus like you see at Universal Studios in Los Angeles,” says Codd, president and CEO of Morgan Bradley in Brighton. “Right now you have a studio in Troy, one in Lansing, one in Holland, and one in Flat Rock. But that’s not going to do a whole lot. You need a whole campus, because that way you can draw the big film companies, plus the smaller players like HBO and The History Channel. And the campus should be near hotels, restaurants, and culture.”

State Rep. Andy Meisner, D-Ferndale, says the revamped film legislation has all the tools needed  for creating a production campus. “We wrote a very strong bill that provides for infrastructure investment tax credits, worker training tax credits, and three loan programs for filmmakers, but that hasn’t gotten a lot of attention in the media yet,” says Meisner, chairman of the House Commerce Committee. “But it’s starting to gain traction in the industry, and you will see studios and sound stages built here. The Legislature just needs to hold its ground and not water down the law.”