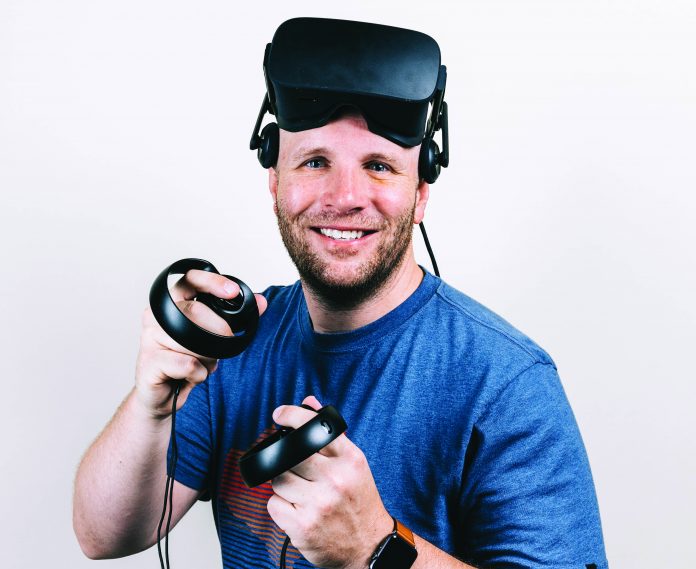 When websites first appeared, many people questioned whether the online offerings would prove useful. Today, it’s hard to find a business or an organization that doesn’t display its products or services on a homepage.

Now comes the next revolution. With once-expensive virtual reality platforms available for as little as $2,000, companies are finding they can rapidly design products and components in a few days rather than over several months or years.

“As soon as I experienced the new virtual reality equipment (in April 2016), I saw the future and where we needed to go,” says Carl Winans, founder and CEO of Deep Canvas, a design firm in Clawson that creates and maintains websites and mobile apps. “We focus on the makers, the manufacturers, and the builders who need prototypes.”

This year, Winans says 90 percent of his revenue will come from web and mobile applications, with the balance generated by helping clients integrate virtual reality into the deign process. He projects that by next year, his business will be evenly split between the two disciplines.

Tapping virtual reality equipment from Oculus Rift (owned by Facebook) and Vive, Winans and his team help clients design products on a computer screen. To refine the prototypes, Winans equipped a studio space with two mounted cameras complemented by a powerful computer, a headset, two hand controllers, and a virtual pen.

“With microphones and speakers mounted in the headset, you can communicate with a client using the same or similar equipment,” he says. “You don’t even need to be in the same room or the same country. It reduces the design process from months to sometimes minutes.”

Once a virtual design of, say, a pickup truck is created, Winans and his client can examine every aspect of the digital image. If a headlamp or an armrest appears too large, it can quickly be changed on screen. A wooden model of the same pickup would take weeks to create, and is difficult to manipulate once it’s completed.

Beyond reducing the design phase, Winans says as soon as a prototype is approved, the data can be shared across multiple platforms. “Now we’re talking to law firms that file patents,” he says. “With access to the virtual data, it makes it much easier to file a patent application. It’s a service we’re starting to sell.”

Using special camera equipment, Winans says he could film a 150-acre site in Hawaii and load the 360-degree imagery into a computer; from there, Deep Canvas has the ability to virtually design a client’s new retail center or office building.

“We could film across a university, so a student who wants to experience the campus without physically being there can do a virtual tour,” Winans says. “We can put them in the student section when the football team scores a touchdown, we can change the seasons, or we could show them different dorms. The only limitation is your imagination.”