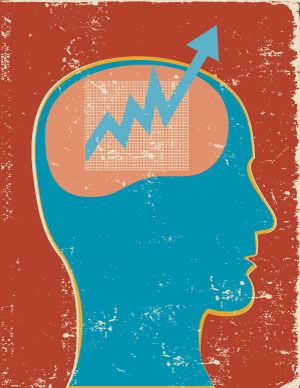 Although the economic stagnation that’s gripped Michigan for the last seven years has spread across the globe, the state continues to try to develop a diverse new economy in the wake of a downsized U.S. auto industry. But if Michigan is going to succeed, state and local officials agree that the outmigration of seasoned executives and talented young professionals must be aggressively addressed.

“There’s a strong feeling from the business community that talent retention and recruitment is a very high priority if we’re going to transform this economy and have a more successful future,” says Tammy Carnrike, COO of the Detroit Regional Chamber, the largest organization of its kind in the country. “In order to recruit businesses from around the world … they need to know there’s going to be a talented workforce.”

According to University of Michigan labor economist Donald Grimes, the state’s economic distress over the last few years and the negative perception of Detroit and the region have frequently discouraged the attraction of talent.

“I know that in the case of U-M, it’s hurt our ability to attract premier faculty because of budget concerns and even thoughts of ‘What’s going to happen to my property values if I move there?’” Grimes says.

He adds that a “brain drain” of recent college graduates leaving the state has been a real problem. “Young people generally are looking to live in more dynamic and thriving cities like Chicago,” he says, “and for the most part, Detroit frankly didn’t measure up.”

According to the Michigan Economic and Workforce Indicators/Winter 2009 report issued by the Michigan Department of Energy, Labor, and Economic Growth, and based on U.S. Census Bureau figures, nearly 35,000 young knowledge workers (ages 22 to 34 with college degrees) left the state during 2007, while 18,000 entered from another state or abroad — the lowest rate of in-migration in the country. The gap was the result of an increasing level of outmigration, coupled with a slowdown of movement for highly educated young in-migrants. High taxes and numerous government overlaps hurt business and employee retention, as well.

Despite the alarming trends, Grimes believes Michigan’s brain drain may ease up. “It was a more severe problem when the rest of the country was growing and Michigan wasn’t,” he says, “but with the national economy worsening, there are less choices. Now if someone gets an offer in Michigan, there’s a better chance they’ll stay.”

The chamber is currently surveying young professionals as part of a benchmark comparison with other regions across the nation. Carnrike says the results will help the chamber’s relatively new Fusion program carry out its mission of retaining and attracting young talent.

Another retention issue concerns compensation. “A big problem we have is the uncertainty fueled by cost-cutting news resulting from the current economic climate,” says Doug Allen, managing director of Boyden/Detroit in Birmingham, part of a worldwide executive search firm.

“Companies are in danger of losing some great talent,” he says, “and if they’re going to convince them to stay, they need to share a vision that things are going to get better and that the sacrifices are being shared from top to bottom.”