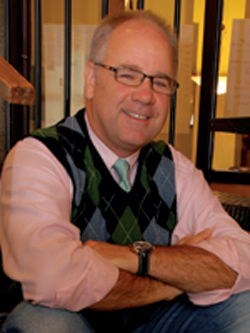 Some say Ernie Perich saved the Detroit Institute of Arts. But a more modest Perich says he only helped the public recognize the true value the DIA has for the region. The advertising veteran, who has created award-winning campaigns for more than 25 years, assisted in putting the DIA on a much stronger financial foundation following a successful millage last August.

“It’s fascinating what you learn about a museum,” says Perich, president and creative director at Perich Advertising & Design in Ann Arbor. “We could have done a traditional ad campaign and highlighted all of the great art, but our research showed that the museum was intimidating for many families because moms and dads are worried that their kids will get out of hand. So we encouraged families to attend. Our message was that if you go, you always feel better when you leave.”

The 10-year millage, which provides free admission for area residents (special exhibits excluded), has contributed to a major increase in attendance.

“We’re always looking for motivation and authenticity,” Perich says. “We recently did a campaign for Carhartt, and while we could have dressed workers in new clothes, we shot actual workers in their actual Carhartt work clothes at their actual job sites. It helped Carhartt continue to grow despite coming under some pretty stiff competition.”

Another campaign, developed for the Bank of Ann Arbor and launched in 2006, sought to soften the institution’s image by highlighting its community-minded spirit.

“We created a lot of billboards with statements like: “Nonlocal banks think Bo and Woody were in Toy Story,” he says. “The bank has been profitable since we launched the campaign, and that includes during the (global) economic recession.” db