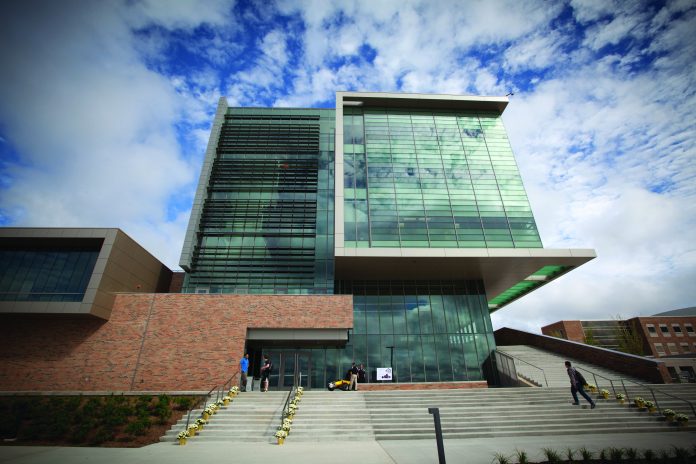 As self-driving vehicles become more mainstream, one big problem facing automakers and suppliers is filling jobs in the emerging connected transportation sector. Enter Oakland University in Rochester Hills, which over the last decade has become one of the leaders in placing graduates in the field of autonomous vehicles.

A recent poll from the San Francisco Business Times shows that Oakland University is in prestigious company when it comes to placing graduates in the self-driving car business.

In fact, Oakland University ranks No. 5 in the country, behind Carnegie Mellon University in Pittsburgh, Silicon Valley mainstays Stanford University and the University of California Berkeley, and the Illinois Institute of Technology. The University of Michigan also made the list at No. 9.

“I’m incredibly proud for Oakland University to be recognized as one of the top schools in the country when it comes to the autonomous vehicle industry,” says Louay Chamra, dean of Oakland University’s School of Engineering and Computer Science. “We focus on a real hands-on approach to engineering, and we want our graduates to have some of the best education in the country.”

While the university’s engineering program has flourished over the past decade, Chamra says the school’s location is paramount when it comes to placing graduates in the auto industry. “Being so close to the auto industry is really an advantage for our university and our engineering graduates in particular,” he says. “We regularly have students recruited by companies like Continental and Lear; even The Big Three recruit our graduates.”

It’s not just traditional automakers that have been looking for prospective employees at Oakland University. “Apple and Google are both looking to make moves in the autonomous industry,” Chamra says, “and both have been on campus at Oakland, looking for interns.”

The addition of traditional Silicon Valley tech companies in the self-driving vehicle sector is a development that Chamra says speaks to the region’s technology prowess. He adds that a fully autonomous car will be realized within the next 10 to 15 years.

“For Oakland to be recognized speaks not only to the great students and faculty we have here, but also to all of the hard work that’s going on in the region. Silicon Valley is watching southeast Michigan. They’re paying attention to us. And that’s good, because the auto industry and Silicon Valley will need each other.”