The Coleman A. Young International Airport in Detroit was looking at its last flight in 2017, following years of disinvestment and falling demand. Mayor Mike Duggan was actively looking to shutter the historic airfield, which saw its first active airway traffic in 1927, and replace the 264-acre expanse with an industrial park.

But as Duggan made the rounds among potential developers, his plans changed in the months following the opening of Little Caesars Arena in September 2017. “When the Palace of Auburn Hills closed and the entertainers started playing in the downtown stadiums almost exclusively, all of a sudden our jet service traffic jumped 20 percent, and it kept growing through 2018 and 2019,” says Jason Watt, director of Detroit City Airport.

“The city’s improved business climate also played a role. When you look across the world, there are few airports that are located six miles from a central business district. It takes 10 minutes to get downtown from our airport, and it took a lot of hard work from the city and our team to reverse the airport’s fortunes. Now everyone realizes we have a real asset that will serve the city for decades to come.”

With the onset of COVID-19 in March 2020, the airport saw its traffic drop considerably, but as the pandemic wanes, Watt says corporate jets have been returning in greater numbers. When the entertainment industry is back at full force, the airport expects to see takeoffs and landings reach new levels.

Arriving at Detroit City Airport a decade ago, Watt, a former FAA official, began plans to restore the airfield into a modern aviation center for corporate jets, business and recreational pilots, helicopter rides with day and evening excursions, charter flights, and educational opportunities for students in Detroit and beyond.

It’s been a long flight. At the outset, Watt had his hands full. After a quick study of the operation, he noted demand for the airport’s two runways was hampered by aviation fuel that cost two to three times that of competing airports. The disparity caused some corporate jet owners to fill their tanks at other airports prior to landing; others used the facility sparingly or left altogether. Within a few weeks of his arrival, Watt worked with his new team to bring the price of aviation fuel in line with market rates.

The move brought back some traffic. Watt went on to clean up forlorn areas of the airfield, renovate and rent out what were empty air hangars, remove discarded equipment, and polish up the former passenger terminal. Today, the terminal includes a renovated pilot and passenger lounge, various flight operations, government agencies, and high-tech workspace occupied by Detroit Aircraft and ASX. The latter two companies are working on building a full-scale electric vertical takeoff and landing aircraft, or eVTOL, that would operate on batteries and ferry passengers and cargo over short distances.

“The city’s bankruptcy (in 2014) impacted everything in the city, and while we didn’t have many funds to improve the airport, we did have a great staff who went out of their way to make people feel welcome,” Watt says. “Now that we got through the bankruptcy, the potential closing, and COVID-19, we’re making real progress.”

In recent months, the city has been putting the final touches on a two-year effort to bring the airport into full compliance with the FAA’s safety requirements while providing for new facilities. Following 20 years of receiving waivers, the city is working with the Federal Aviation Administration on finalizing what’s called an Airport Layout Plan, part of an overall master plan.

The effort, which the FAA must finalize and approve, calls for tearing down many of the airfield’s aging and unusable structures located on the east side of the main runway along Conner Avenue. At the same time, new facilities will be built on the west side of the airport and will be accessible from Van Dyke Avenue. The new area, roughly bounded by Van Dyke, French and McNichols roads, and Grinnell Street, would offer space for 18 large hangars, a new passenger terminal that would span up to 30,000 square feet, related aviation operations, and retention ponds. The latter feature would spare the airport from paying hefty drainage fees.

Part of the Airport Layout Plan proposal calls for removing the airport’s smaller runway, which runs east and west, and potentially replacing it with a light industrial complex. The runway is favored by recreational pilots and flight instructors who are training the next generation of pilots for airline careers that can pay more than $200,000 a year.

“Overall, the Airport Layout Plan is something we favor, but we don’t want to see the shorter runway go away; rather, it should be enhanced,” says Brian R. Smith, president of the Tuskegee Airmen National Museum. “Mayor Duggan may feel an industrial park would offer good jobs to Detroiters, but the demand for higher-paying jobs in the airline industry offers much greater potential.”

Smith says the museum, which trains high school students in a variety of aviation positions before they matriculate to colleges, universities, flight schools, or other related institutions, offers not only STEM training but life skills. “We’re here to teach young people in aviation, aerospace, engineering, and so many other disciplines,” he says. “The students can go on to become pilots, mechanics, astronauts, get into rocketry programs, and more.”

The longer, main runway, which runs north and south and is 5,090 feet in length, would see the addition of 125 feet at the north end under the layout plan. In turn, McNichols Road, which was cut off by a previous runway expansion, could be connected again via a tunnel. Watt says the airport is in discussions with the Michigan Department of Transportation and other related agencies about the road project.

He adds the proposed extension of the main runway would not impact Mount Olivet Cemetery, located to the north, or Gethsemane Cemetery at the south end.

Overall, the Airport Layout Plan, if approved, would take up to 20 years to realize and cost upward of $150 million. It would be paid for by MDOT (3 percent), the City of Detroit (6 percent), and the FAA (35 percent). The rest of the funding would come from private sources. “The FAA could take up to six months to approve a final plan. If approved, and after the work is completed, we would be fully compliant with all FAA standards,” Watt says. “When I got here, most everything had a Band-Aid on it. Slowly but surely, we’ve been improving things. Two years ago, the main runway was resurfaced. It’s an exciting time.” 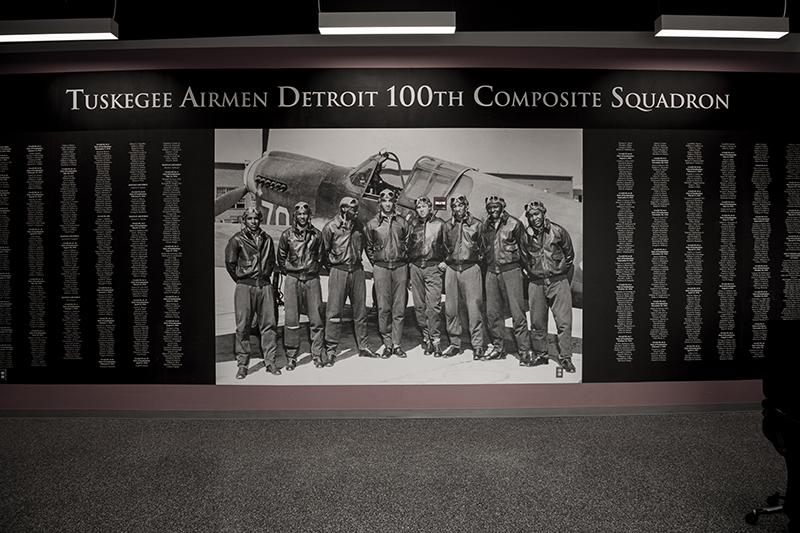 The main runway saw the addition of grooved pavement, to help disperse water when aircraft land. New lighting also was added along the taxiways, along with on-site aircraft rescue services.

Sergio Troiani, owner of My Flight Tours at Detroit City Airport, which offers helicopter tours of the city five days a week, says his business, which got its start at the airport in late February, has been gaining momentum every week. He started with one, four-seat helicopter, and recently added a second one.

The company, which also offers helicopter tour packages in Grand Rapids, Grand Haven, Mackinaw City, and Harbor Springs, has three packages in the Motor City: Detroit City Quick Hop ($55 per person), Ambassador Bridge Tour ($100), and Detroit Night Tours ($150). The latter option includes a glass of champagne before or after the flight.

“We’re already looking for a second location in the city, specifically in the downtown area, for a helicopter landing site,” Troiani says. “We could do tours from there, and it would serve as a connection point for charter flights, say from Detroit Metropolitan Airport (in Romulus). We started out slow, and now we’re nearly full every week, and the weekends are always booked. The champagne tour is especially popular with couples. There’s no other service like ours (in the city).”

Watt and others also have been instrumental in bringing aviation-related education offerings back to the airport. Following budget cuts by the Detroit Public Schools Community District, the curriculum at the Benjamin O. Davis Aerospace Technical High School, located just west of the airport, was transferred in 2013 to the Golightly Career and Tech Center, roughly four miles to the east near the Detroit River.

Sensing a closed building would be an attraction to scrappers, Watt and his team worked with the school district to transfer the property to the Detroit Fire Department, which created the Detroit Regional Fire Training Center. Today, the local firefighting team is training fire departments from all over the world at the refurbished complex. Watt adds Detroit Public Schools may construct a new school at the airport to replace the Davis facility.

Rather than see the aviation curriculum leave altogether, Watt worked with the Friends of Detroit City Airport, a quasi-public development agency, to transform a maintenance building immediately south of the airport’s former passenger terminal into a multifaceted operation that offers a large classroom and laboratory, an assembly room that includes a mural of the Detroit Chapter of the Tuskegee Airmen, a conference room, a computer lab, and a communications room.

The funds for the renovation came from a $1-million gift from an anonymous donor. In the next year or so, the Friends of Detroit City Airport plans to add a hangar that would attach to the south end of the school. To help bring attention to the reopening of the school at the airfield, Friends, the Civil Air Patrol, the Detroit Chapter of the Tuskegee Airmen, Detroit City Airport officials, and others have hosted a series of programs for more than 300 Detroit youth including field trips, robotics classes, assistance with the annual FIRST Robotics Competition, and an open house (pre-COVID-19).

“What you’ve seen at Detroit City Airport is a complete reversal of fortune,” says Beverly Kindle-Walker, executive director of the Friends of Detroit City Airport, which was set up by former Detroit Mayor Coleman A. Young, for whom the airport is named. “The city has seen the light and is now making significant investments in the operation. The best news is, once we return to normalcy, students from Detroit have a real shot at learning a career that will sustain them for the rest of their lives.”