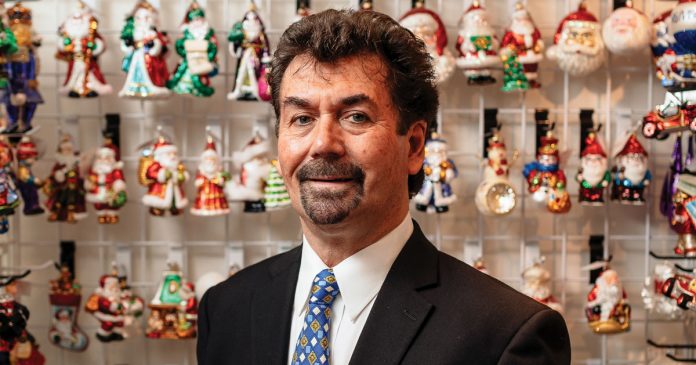 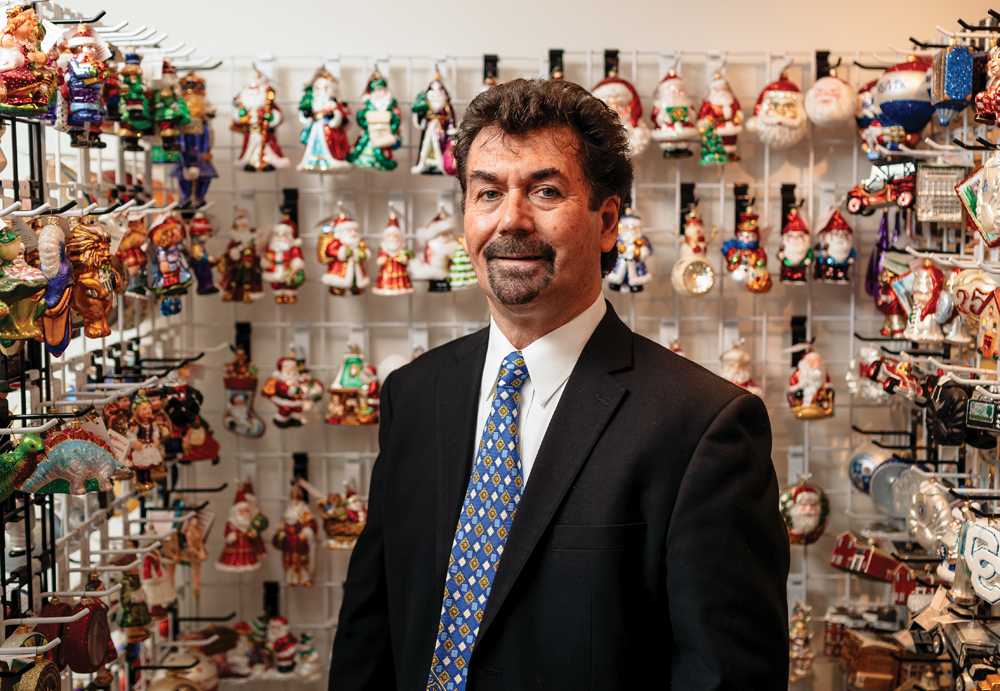 Curtis J. Posuniak, who launched Klassics by Kurtis Inc. in Bloomfield Hills, has created hundreds of holiday ornaments that are used for corporate gifts, charitable fundraisers, clubs, and schools.

A concert pianist who began playing in church at 12 years old, Curtis J. Posuniak was performing in the early 1990s at Neiman Marcus at the Somerset Collection in Troy when he was inspired to launch a specialty ornament business.

“There was a glass designer who was doing ornament signings nearby, and I was fascinated by the quality of the work,” says Posuniak, former president of the Michigan Bach Festival. “There were two ladies there who said I should do ornaments of musical composers. So I went to Poland, where the specialty ornaments are made, and the rest is history.”

Posuniak launched Klassics By Kurtis Inc. in 1996. His first line of glass-blown ornaments — he sold 7,500 in the first year — included representations of Bach, Mozart, Beethoven, and Chopin. From there, he focused on custom ornaments for businesses, clubs, schools, churches, and municipalities.

“Some of our corporate accounts number more than 12,000 custom ornaments, while charities use them for fundraisers,” Posuniak says. “Our busiest time of the year is late summer, leading up to the holidays. I go to Poland for two or three weeks every year to go over the new designs.”

Here’s how the process works: A client provides as many desired images as possible, including the front, back, side, or aerial view of a design (and sometimes blueprints). From there, a prototype is made in clay and sent to the client for approval.

Next, a resin cast is completed and an artisan in Krakow, in southern Poland, blows around 50 pieces before the final work is approved. Once cooled, an artisan paints the inside of the ornament silver before applying the outside colors. Finally, a 6-inch stem is cut and a hook is attached. 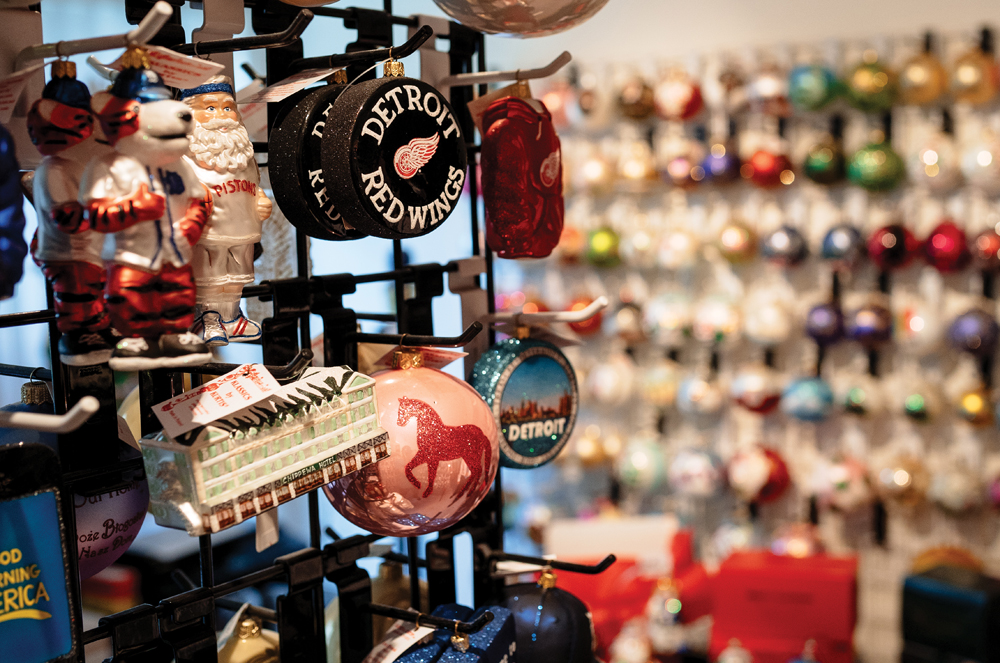 “Each artisan can blow around 100 ornaments a day,” Posuniak says. “A stem is made so the artisan can hold the ornament while painting it. Through this process, no two ornaments are exactly the same. The reason we paint the inside silver is so you can’t see through it. Each ornament takes several hours to complete.”

Pick an image and Posuniak has likely made an ornament depicting it. The list includes the Detroit Athletic Club, the Grand Hotel on Mackinac Island, a Hemi engine for Dodge, planes for Pentastar Aviation, and the USS Arizona Memorial at Pearl Harbor, among others.

In 2014, the Bloomfield Hills-based company debuted a signature collection of custom glass ornaments that are individually signed and numbered, including images of Santa Claus, holiday trees, and one called Snow Much Fun. Ornament prices range from $22 to $75 each, and the pieces are sold online and in stores like Bronner’s in Frankenmuth.

“We also have a line of magnets, buttons, mugs, coasters, and other items named after Detroit, which for me stands for Determined Everyday To Reinvent Our Incredible Treasure,” Posuniak says. “My business, as you might guess, is fun all year round.”