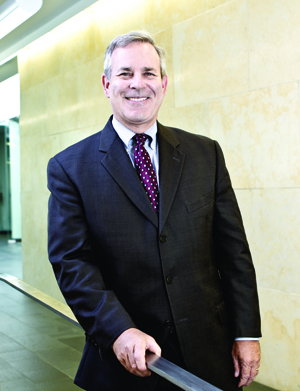 Eager to lend to credit-worthy businesses, yet lacking the economic pull of a major financial institution, small banks are pooling their resources to boost earnings. The Bank of Birmingham, for example, will originate $5 million in loans this year in concert with the U.S. Small Business Administration.

It’s the first time in four years the bank has participated in the SBA program, says Rob Farr, president and CEO of the Bank of Birmingham. “We’re all looking for good commercial borrowers,” he says. “As for loan amounts, really no one is too small (the average loan is $500,000), but there are borrowers that are too big for us.”

For loans above $2.5 million, the Bank of Birmingham will seek out lending partners. With the right mix, an overall lending program of $5 million or more can be extended, but the borrower must have plenty of experience. To serve the market, Farr has been hiring more banking veterans who are accustomed to researching larger loan programs.

That’s come in handy, as more auto-related businesses are under consideration for financing, while restaurants — a particularly challenging sector, given high closure rates — are back in vogue under the right circumstances. “We want good operators, not a doctor who decides to open a restaurant,” Farr says.

In recent months, the Bank of Birmingham extended loans to Mr. B’s Pubs Inc., which operates several area sports bars, and Cantina Diablo in Ferndale, which recently opened a second location in downtown Royal Oak. “It’s a new line of business for us,” Farr says.

Meanwhile, Joe Vicari, president and CEO of Andiamo Restaurant Group in Warren, worked with Level One Bank in Farmington Hills to finance the reopening of Joe Muer’s Seafood Restaurant, set for late September. The landmark, which operated north of Detroit’s Eastern Market from 1929 to 1988, will move into the former Seldom Blues space inside General Motors Co.’s corporate headquarters at the Renaissance Center in downtown Detroit.

“We have a real comfort level with Level One Bank, and we were happy to partner with a local lender,” Vicari says. “We try to source as many local suppliers as possible, including banks. The money stays in the region, and it helps stimulate jobs.”