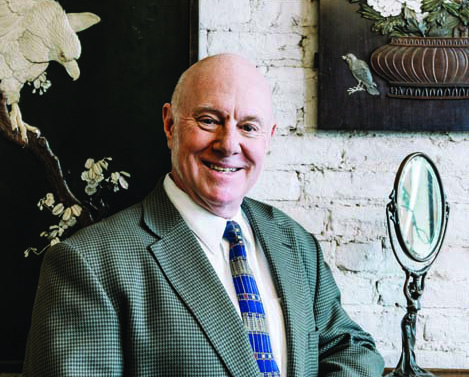 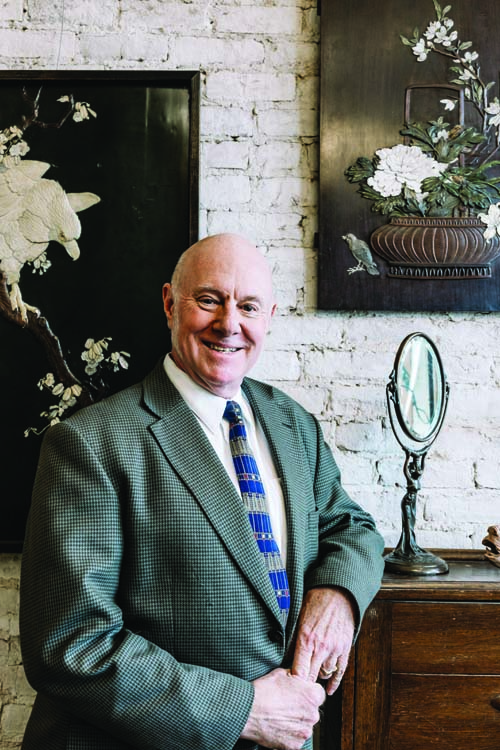 While most other 14-year-olds had paper routes to make money, Paul Haig’s after-school job in 1963 took him on different rounds: collecting jewelry from a shops and antiques stores and returning it to its owners — polished and restored.

Also, while still in high school in the Washington D.C. area, Haig learned how to cut facets on a piece of a broken 7-Up bottle and was mentored by Paul Desautels, the former curator of gems and minerals at the Smithsonian Institution, as the famed mineralogist analyzed moon rocks for the museum’s collection.

After attending Oakland University in Rochester Hills, first studying pre-med and later as an education major, Haig opened a second-floor shop on Main Street in downtown Rochester with $150 in his pocket and discarded fish aquariums for showcases. “I had no money, but I had so much energy and passion for what I did that I just kept growing,” he says of Haig’s of Rochester Fine Jewelry and Objects of Art, which opened in 1973.

At the start, he specialized in opals, along with vintage and custom jewelry. Through a lucky break, he was commissioned in 1974 to create commemorative sterling silver bullets for Bob Seger and members of his Silver Bullet Band. “It was a great promotion. We made a limited quantity and everybody wanted them,” says Edward “Punch” Andrews, Seger’s longtime manager.

To survive economic downturns and to thrive as afamily-owned business in the face of mega-store competition, Haig realized he had to diversify. “We’d had annual sales as high as $2.5 million, but I was as low as $1.2 million in 2008 and 2009,” he says. “It was getting to the point where I had to lay off some people.”

To boost sales, Haig hit the road to survey inventory at national antique and gem shows. “When I felt the pinch, I’d go out and search for treasures at shows and in small stores, then I would sell them myself or take the best items to auctions at Christie’s or Sotheby’s,” he says. “While niche antique markets account for only 25 percent of our sales, they’re very profitable.”

He also developed a reputation as an expert collector and adviser to collectors of objects that date from 2000 B.C. through the 1940s. Items in his second-floor gallery include a 7th century Tang Dynasty pottery horse and a 14th century Chinese wooden carving known as a Samantabhadra, depicting Buddha astride an elephant. But Haig doesn’t require the archeological prowess of Indiana Jones to be successful.

Haig has also created a niche for himself among attorneys as a go-to estate appraiser. “Auction houses sometimes underestimate things,” he says. “One had given the value of a piece of art at $20,000 to $40,000. I had it more accurately identified at another auction house, and it sold in London for $120,000.”