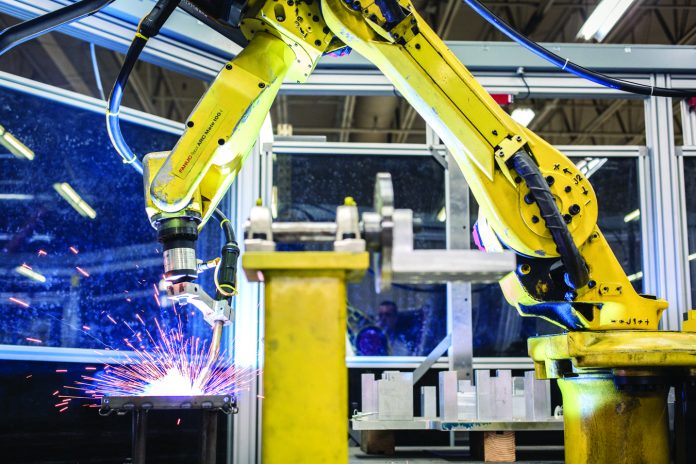 While the Big Three automakers have known about RCO Engineering in Roseville for years, the jack-of-all-trades design shop has mostly been flying under the radar. Until recently.

RCO, which has been designing and manufacturing components and prototypes for the auto industry since 1973, is starting to branch out more and more into the aerospace and defense sectors. “We kind of do it all here,” says Paul Carollo, RCO’s corporate sales manager. “We can design a part start to finish, from concept to production.”

RCO, which employs 720 people, has the capabilities to do metal stamping, injection molding, foam-shaping, prototyping, and tool-building — and with 3-D printers. “The 3-D printing stuff is exciting,” Carollo says. “What used to take us a couple of days, at least, now takes hours.”

While much of the work RCO has completed has been for automotive manufacturers and suppliers, Carollo says defense and aerospace work is starting to roll in. “The defense stuff we kind of keep under wraps,” he says. “There just are some things we can’t talk about. But we’re still doing the work.”

When it comes to aerospace jobs, RCO has created a niche, particularly with airplane seats. Most recently, they’ve been working with Gulfstream to create custom seating options for the company’s jets.

“It’s an interesting process,” Carollo says of the seat production. “You have to remember, these are pretty high-end planes, and the clients have an expectation that everything will be perfect.”

Depending on the model, a new Gulfstream jet can cost upward of $65 million. Because the Federal Aviation Administration has strict regulations for aircraft seats, the jump into the industry was a big one.

“I don’t want to say that it’s like night and day,” Carollo says, “but it’s still a really big difference (compared to automotive and other work).”

RCO makes all of its aircraft seats in its Roseville facility, which consists of more than 430,000 square feet spread out over almost a dozen buildings. “We feel like with the kind of work we do, it’s important that we can do it all here,” Carollo says. “That’s kind of been our philosophy from the start, and what sets us apart from a lot of our competitors.”