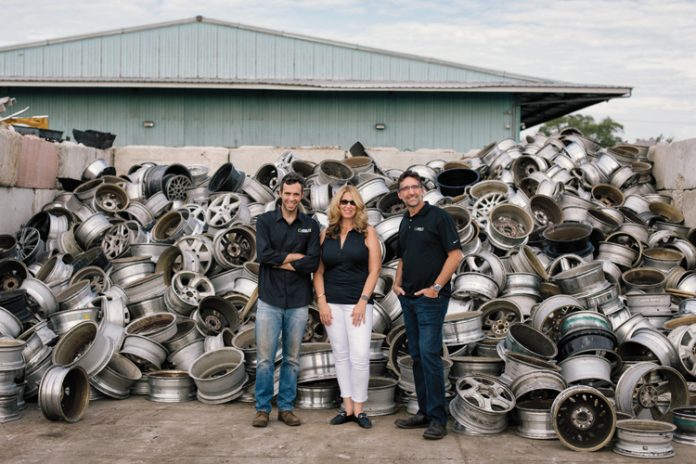 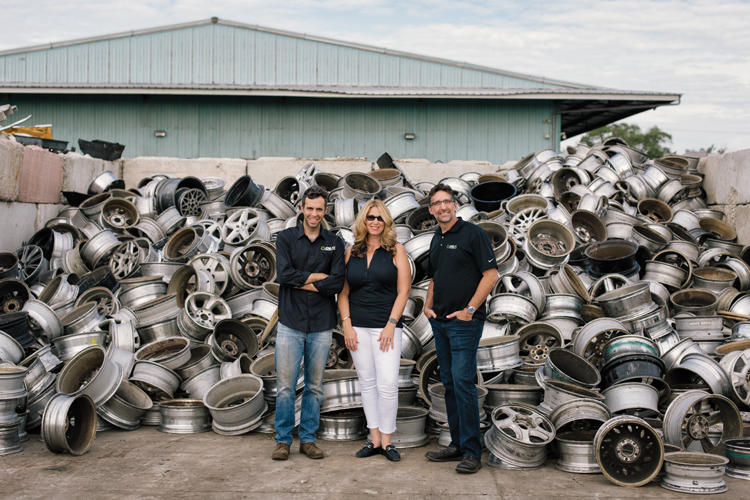 When prices for copper, aluminum, iron ore, and other commodities began to fall in 2013 due to a slowdown in demand from China and developing countries, Michael Bassirpour saw an opportunity to inject technology into a historically stoic industry.

A partner and president of GLR Advanced Recycling in Roseville, Bassirpour says with falling prices for commodities contributing to the closing of hundreds of scrap metal shops in recent years, he and his three partners — Sandy Rosen, Ilene Bischer, and Ben Rosen — had to adapt or risk the same fate.

“I was working on a Saturday in 2013, and we (were selling) these lead counterweights that are used on the back of forklifts, and I thought, What if we had people bid on them over a digital portal?” Bassirpour says. “So I ran the idea by Sandy and, the next thing you know, we built and introduced TheScrapPost.com.” 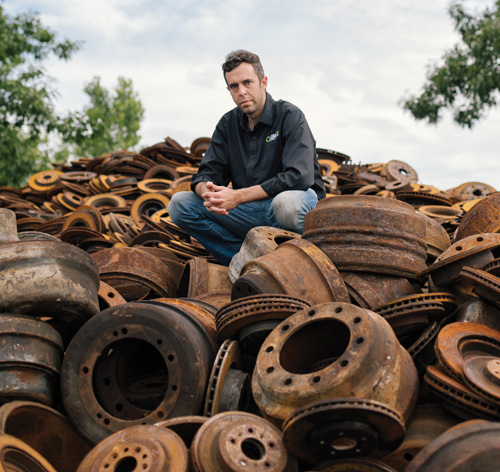 >> above the rim Michael Bassirpour of GLR Advanced Recycling in Roseville developed The ScrapPost.com to move scrap metal via a digital portal.

Today, with more than 1,500 subscribers across the globe, the online network allows buyers and sellers of scrap metals to access or move inventory much more quickly than they can by depending on the daily fax report commonly used in the industry. “All the fax report provides is the metal offered for sale, the suggested price, a company name and location, and a contact person with a telephone number,” Bassirpour says. “Can you imagine a service like that … that doesn’t include an email?”

GLR’s online store has one drawback. Because some metal offerings are so heavy, transportation costs between states and countries can be prohibitive. Overall, though, Bassirpour says TheScrapPost.com has helped industry players move their metals faster, especially when prices are volatile. This year, the site is on pace to record $5 million in revenue, up from nearly $1 million in 2015.

Overall, the shakeout of smaller players caused by falling commodity prices has helped streamline the marketplace. Apart from streamlining the acquisition and sale of commodities with its digital portal, Bassirpour says GLR, which has 150 employees, is building a more efficient operation in the region by establishing what he calls “feeder yards” that supply inventory to the company’s main recycling facility in Livonia.

“We just opened a feeder yard in Port Huron, and we receive metal from Roseville and Ann Arbor. We’re looking to add two more yards in the coming months,” he says. “We plan to add another 50 employees and keep everything within a 60-mile radius of southeast Michigan.”

The company also operates an electronics recycling facility in Oak Park, and has locations in Northville Township, Flint, and New York that can handle metals and used paper, cardboard, or plastics. “We had to pivot our business model and take advantage of technology efficiencies,” Bassirpour says. “We couldn’t keep doing things the old way.”