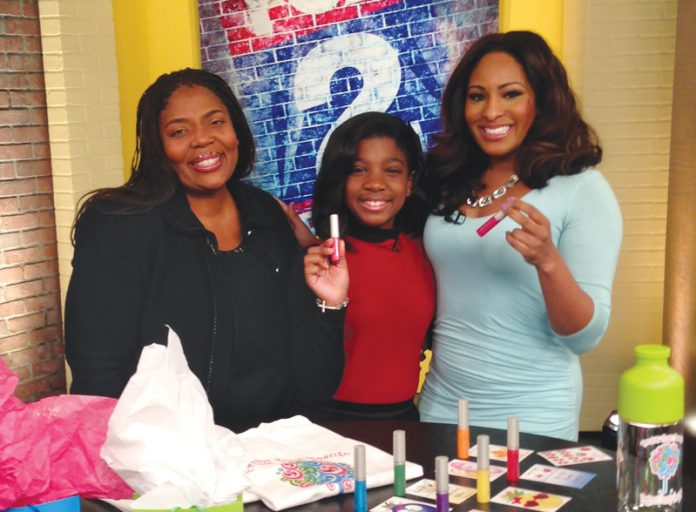 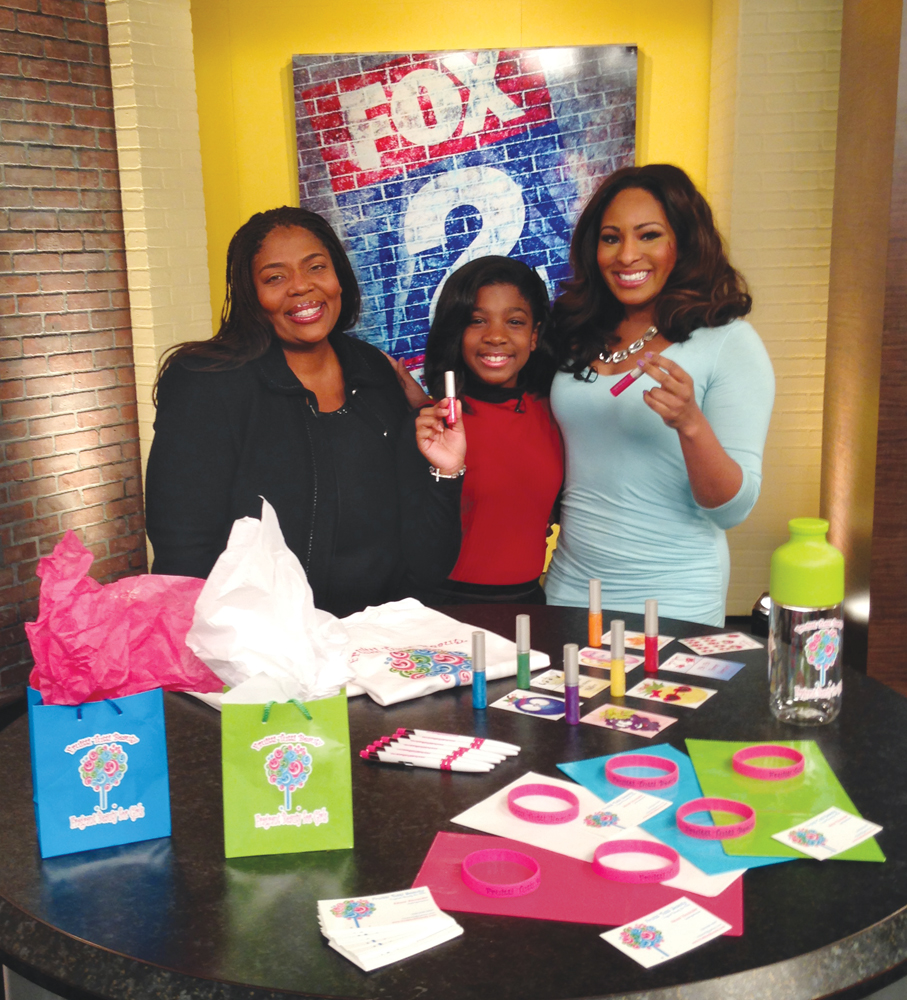 Adonai Alexander, 13, and her mother, Evelyn, join Fox 2’s Maurielle Lue for a recent segment on Frutti Tutti Beauty. Adonai is DBusiness’ 2018 CEO of the Year (18 or younger).

Those two desires propelled her to launch Fruitti Tutti Beauty, a line of fragrant lip glosses targeted at young girls.

Alexander, now 13, came up with the idea when she was 7 years old, and brought her products to market when she was 11. “I always had an interest in makeup and the chemistry behind cosmetics,” Alexander says, “and my mom knew that.”

Alexander’s mother, Evelyn, took her daughter to New York so the two could work with a chemist and make the product line a reality.

After some time spent perfecting her product, Alexander hosted a launch party at the end of 2016. It turned out to be a turning point for the fledgling business.

“We went viral,” Evelyn says. “Channel 2, Channel 4, and Channel 7 were all there, and several local newspapers picked it up, too.”

Alexander saw an immediate influx of sales. The young entrepreneur is tight-lipped about specific sales numbers, but she says her enterprise is thriving. “I’m very focused on growing my business,” she says. “I’ve learned a lot about being diligent, about networking, and the power of advertising and social media.”

Alexander, who is home-schooled, is getting ready to start high school and will be dually enrolled in college business courses. “I want to learn as much as I can and apply it to my business,” she says. “I want to see my business grow so I can reach girls globally.”

Naturally, Evelyn is proud of her daughter. “She’s inspiring a lot of young girls,” she says. “She not only has a heart for business, she has a heart to inspire.”

Alexander says she sells most of her products on her website (fruittituttibeauty.com), but she also travels to trade shows and sells directly by word of mouth. She says she would like to start another cosmetics line once she graduates from college.

“This is my dream,” she says. “I’m very focused with my current business, but I also have a lot of other ideas in my head for the future.”