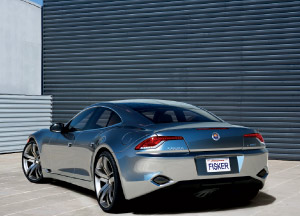 Starting a new car company can be a daunting task, but there’s a reason why nearly every vehicle maker — big and small — draws upon the region’s engineering and manufacturing talents: There are simply few other places in the world that offer the same resources.

Take, for example, Fisker Automotive Inc. in Irvine, Calif., which is planning to introduce an $87,000 hybrid sedan called the Karma in late 2009. The company recently set up a 34,000-square-foot engineering and development center in Pontiac that will house up to 200 engineers and designers. “We have several key suppliers from the Detroit region that are working with us in the new facility,” says Fisker CEO Henrik Fisker. “It’s a new process we developed to engineer and develop the vehicle. We’ll do final assembly in Finland, but we’re looking at a U.S. assembly plant down the road, possibly in Michigan.”

Fisker’s announcement came on the heels of Gibbs Technologies, which recently opened a 37,500-square-foot engineering and research center in Auburn Hills in preparation for launching a new line of amphibious vehicles. The company has around 80 employees and plans to add 40 more workers in the coming months. The company’s first product to hit the market will be a combination four-wheel-drive/jet ski called the Quadski.

What’s more, Toyota recently opened a $187-million technical center in York Township to complement a large research facility it operates in neighboring Ann Arbor. Numerous other manufacturers of automotive, health care, bio-technology, and consumer products have opened their doors here. “The engineering and research talents in the region are deep,” says John Carroll, executive director of the Detroit Regional Economic Partnership, which routinely markets metro Detroit to expansion-minded companies around the world.

To be sure, Fisker says the talent base was a key component in opening the Pontiac facility. “We went where the engineering talent is because it allows us to do things extremely fast.”