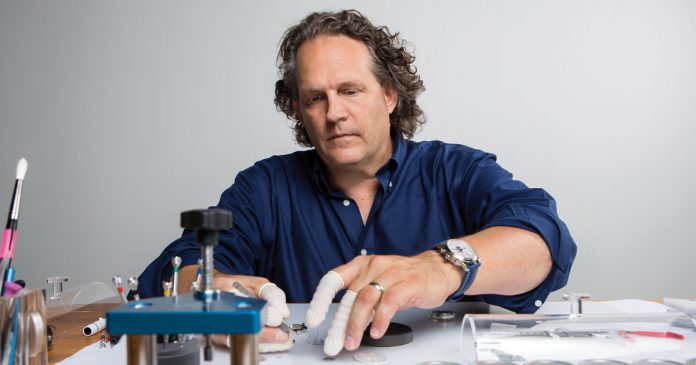 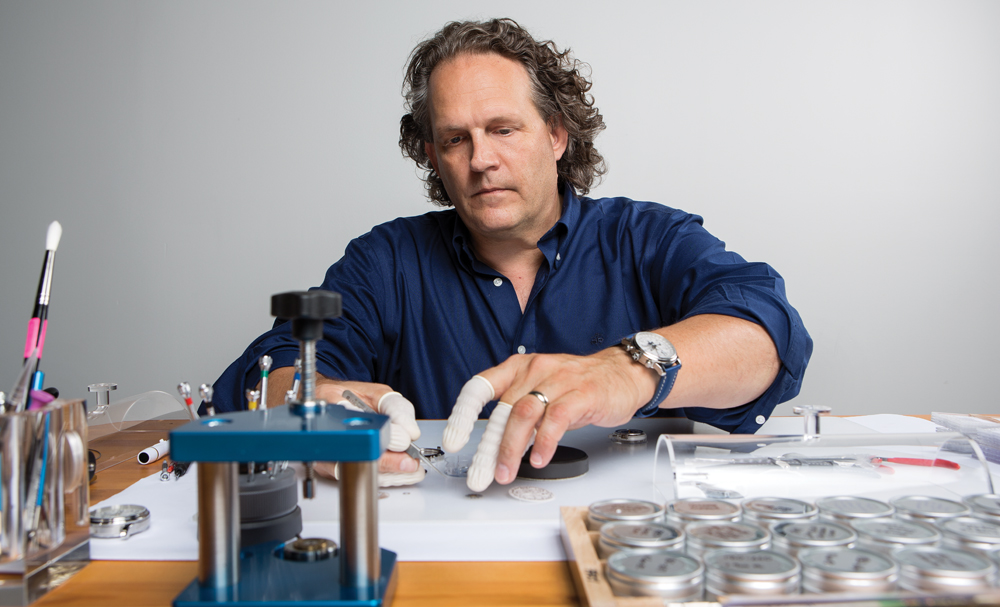 Starting a watch company from scratch isn’t easy. In addition to sourcing parts and movements from a global supply base, other disciplines include design, development, assembly, testing, packaging, marketing, sales, and service.

“Our target market is watch aficionados who want an exclusive timepiece, which is why we have watches with a limited run of  100 or 200 pieces,” says Patrick Ayoub, who with his wife, Amy, launched Detroit Watch Co. in 2013. “Each of our watches has its own curated story, which builds interest in the brand.”

The husband-and-wife team, who operate the business from a studio in Birmingham, give credit to Detroit-based Shinola — which started producing watches in 2011 — for spotlighting the city’s manufacturing base. “Shinola came on the scene and put Detroit on the map for producing fine, American goods,” Amy says. “They really created an authentic story.”

For its storylines, the couple researched the city’s history from its founding in 1701 by Antoine de la Mothe Cadillac and the French minister of marine, Louis Phelypeaux, Comte de Pontchartrain, who financed Cadillac’s expedition on behalf of King Louis XIV. There’s a 313 watch named for the city’s area code, a B-24 Liberator Bomber watch that pays homage to the 8,600 aircraft produced by Ford Motor Co. during World War II, an M1-Woodward timepiece, and the L’Horloge (French for clock), which highlights several clock towers from a century ago. 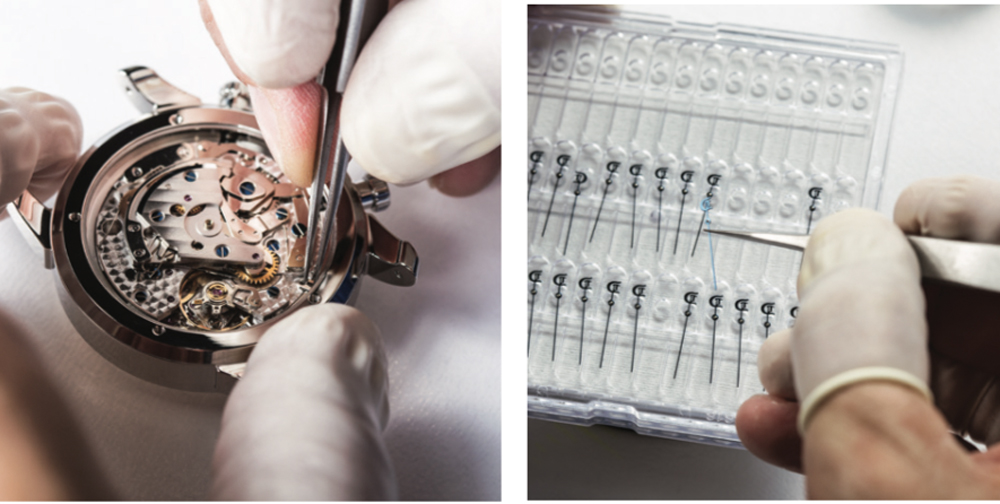 The couple sells between 450 and 500 timepieces each year, with prices ranging from $998 for a 1701 L’Horloge or a 1701 Pontchartrain watch (multiple styles) to $2,550 for the M1-Woodward Moonphase Exhibition 42mm Swiss Automatic. The watches are sold via the company’s website.

“Around 65 percent of our sales are outside Michigan, and overseas orders have come from France, Hong Kong, Switzerland, Holland, the U.K., Australia, and elsewhere,” says Patrick, a longtime automotive designer. “We get the word out via Facebook, Instagram, media coverage, and word-of-mouth, and our daughter helps out with social media.”

The company also takes on special assignments, such as a recent timepiece created to commemorate the 100th anniversary of Chevrolet trucks (100 pieces). Next up is a diver’s watch that will be available this fall, which will pay tribute to the Great Lakes. The timepieces feature movements from Switzerland, German dial hands, and leather straps from Tampa.

“When we get a local order, sometimes I’ll drop it off personally, which really impresses people,” Patrick says. “When I show up at a customer’s door, they can’t believe it. Sometimes that leads to another order.”