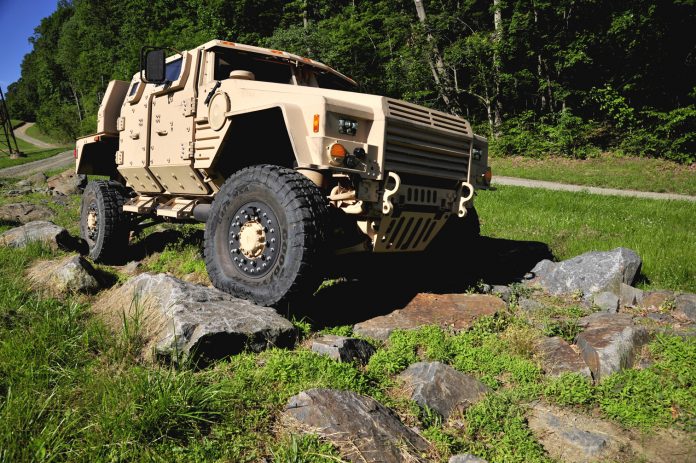 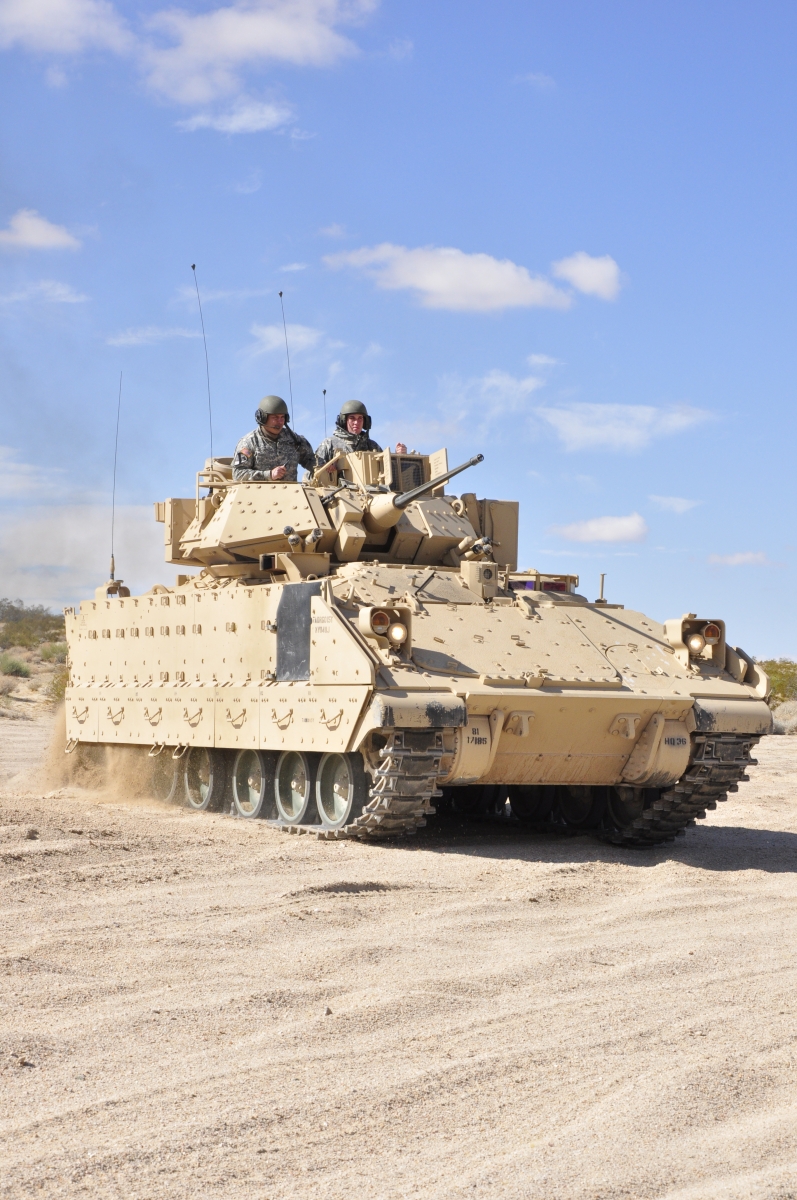 ichigan is the automotive capital of the world, but less touted is the fact that the state has few equals when it comes to producing ground vehicles for the U.S. Armed Forces and its allies.

A facility that once turned out tanks and munitions in massive numbers to equip major war efforts, the Detroit Arsenal in Warren, today is the headquarters of key Pentagon personnel who source suppliers for the military. That includes the Life Cycle Management Command operation of the U.S. Army’s Tank-Automotive and Armaments Command (TACOM), where military and civilian personnel work to procure everything from tanks and other combat vehicles to systems and components that support their operations.

“If you didn’t know it, Ground Zero for the United States military’s ground combat forces is in Michigan,” says George Patten, president of the Association of the United States Army Arsenal of Democracy Chapter in Center Line, which helps support soldiers and their families and promotes various military programs. “Everything on the ground revolves around Detroit. Every one of the track and wheeled vehicles is managed in Michigan. All of the combat platforms are managed in Michigan.”

High-profile companies like Meritor in Troy, Dana Corp. in Farmington Hills, and Eaton Corp. in Jackson — all of which are more often associated with the auto industry — have defense contracts through the Detroit Arsenal. So do companies that would seemingly belong in quite unrelated categories, like the Kellogg Co. in Battle Creek, and Haworth and Herman Miller, both in Holland.

As crucial as the Detroit Arsenal has been — and remains — in the manufacture of combat vehicles for the Pentagon, the nature of the defense market is changing dramatically in the face of slashed budgets and changing priorities. As a result, defense contractors today are much more likely to secure work in what is known as the “sustainment” of vehicles in the field, as opposed to developing and manufacturing new ones.

The reason is simple: Tighter budgets are forcing the military to keep vehicles in the field longer, which requires everything from extended basic maintenance services to major enhancements so the equipment remains effective well beyond its expected life cycles.

“Some of the biggest companies are the ones that are no longer, or are at least temporarily not producing, these big, heavy armored vehicles,” says Ron Lamparter, president of the Defense Corridor Center for Collaboration and Synergy in Sterling Heights, a nonprofit organization that works to enhance defense opportunities for Michigan-based firms. “And some of the companies with great opportunities are the little ones that just don’t understand the defense industry. They haven’t yet grasped what the opportunity is.”

Still, even seasoned veterans of defense work are having a tough time gauging where the military is going. The Procurement Technical Assistance Center in Warren, a Department of Defense program which is heavily involved with helping companies in the area of defense contracting, especially when it comes to ground combat vehicles, says contractors are having to react quickly to dramatic changes.

“We’re seeing not only a downsizing in military vehicle procurement activity, but we’re also seeing a trend across the board in Army spending and contracts,” says Beth Cryderman Moss, executive director of the Procurement Technical Assistance Center. “So the Army is downsizing, and then to take it to another level, within the Department of the Army the ground vehicle arena is downsizing. Ground vehicles, specifically, had 22 of their major systems go into sustainment mode.”

Officially, sustainment mode means the military will no longer order any new models for a particular vehicle, and will only look to resupply it and seek opportunities to enhance those already deployed. That could include making upgrades to everything from vehicle cabs and body frames to structural components. The purchases are coordinated by the Defense Logistics Agency, part of the U.S. Department of Defense.

According to Patten, sustainment work breaks down into two primary categories: obsolescence management and modernization. Obsolescence management keeps vehicles in the existing fleet running longer, which is sometimes a challenge because the military has a hard time finding replacement parts. 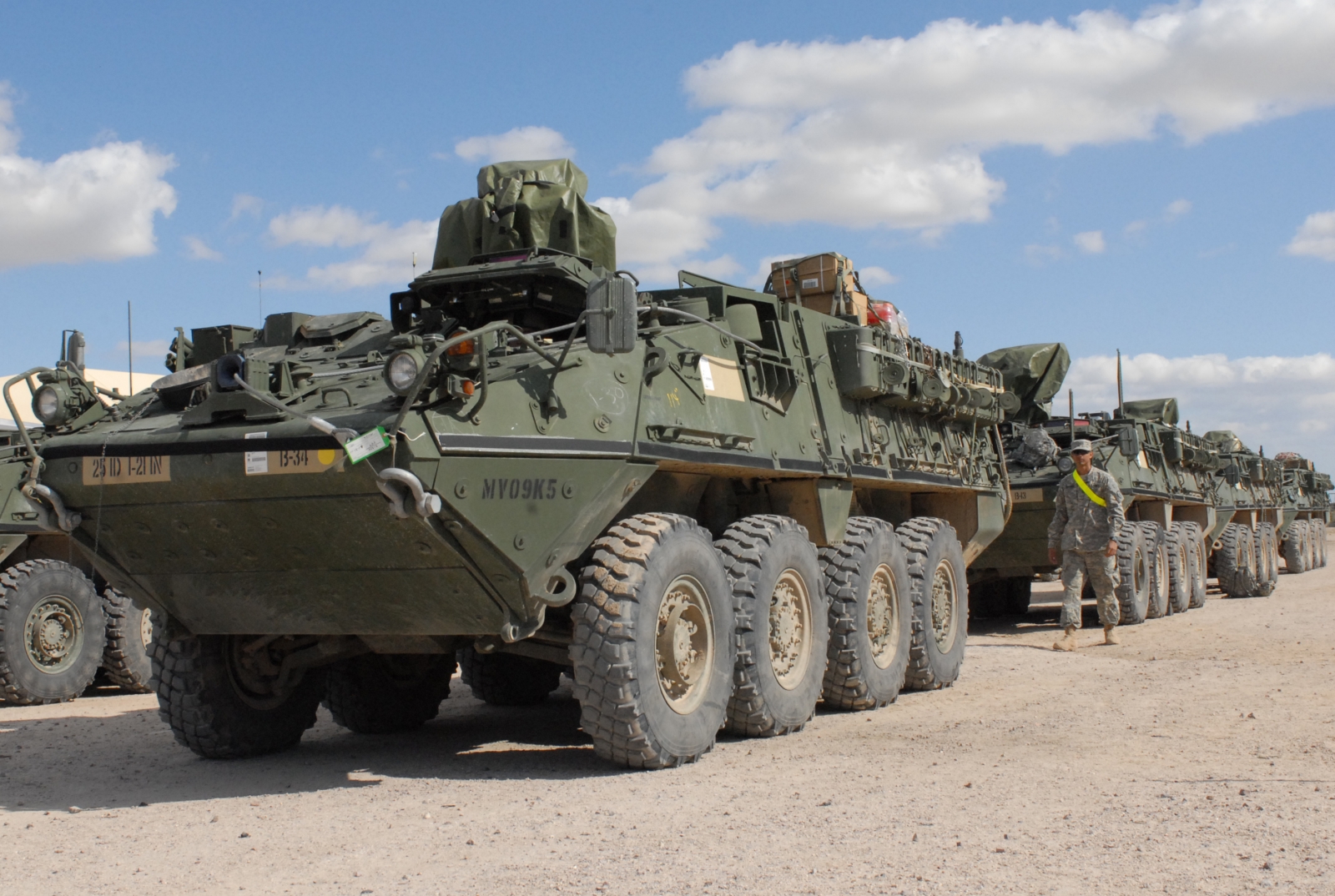 Modernization, by contrast, is the process of enhancing existing vehicles to make them more powerful and effective than when they originally came off the factory floor.

“The difference between the two is that the one doesn’t change the overall performance envelope of the vehicle,” says Patten, principal of PM Partners Ltd. “it just keeps it running. Modernization is where you actually improve the performance.”

Army officials make it clear, though, that they still manufacture some ground combat vehicles, and they indicate that the contractor community in Michigan and elsewhere should not see sustainment as the only opportunity that’s available with the Department of Defense.

U.S. Army Brigadier General David Bassett, program executive officer for the Department of Ground Combat Systems in Warren, says the Army is basing decisions on when to build new vehicles and when to sustain existing ones based on needs in the field, as well as on budget constraints.

“Although we’re certainly concerned with sustainment, it shouldn’t be described as our main focus and business effort,” Bassett says. “Our main focus is on ensuring that when it comes to ground combat vehicle capability, our soldiers always have the decisive edge over any potential adversary. That means sustaining our fielded systems, but it also means
modernizing existing platforms, replacing obsolete platforms, and continuing to develop advanced capabilities.”

Often, Bassett says, a vehicle’s ability to meet or even exceed original expectations leads the Pentagon to look at sustainment over replacement.

“The combat vehicles our soldiers have relied on for more than a decade of war have proven capable and adaptable,” he says. “However, keeping them not only relevant but operationally decisive on the battlefield as conditions changed and new threats emerged over the course of the last 12 years of conflict have left our platforms at or beyond their design margins when it comes to space, weight, power, and cooling.”

AM General, which is based in South Bend, Ind., and operates a large engineering and product development center in Livonia, recently saw an opportunity when the Army and Marine Corps were grappling with the challenge of keeping decades-old Humvees in the field.

“What AM General has done, because the Army and the Marine Corps have so many Humvees and it’s not affordable to get rid of those 30- and 40-year-old vehicles, is to set about putting together all kinds of packag-es for the ground forces, based on user input about what they needed,” Patten says.

“There are companies out there like Onodi Tool & Engineering (in Melvindale), which was a stamping company. They made parts for the OEMs for years and saw that the military would be buying fewer vehicles, so they began to diversify their business.”

Today, the company provides low- to medium-volume lots of mechanical and hydraulic assemblies and serves as a custom fabricator and assembler of precision-machined components. 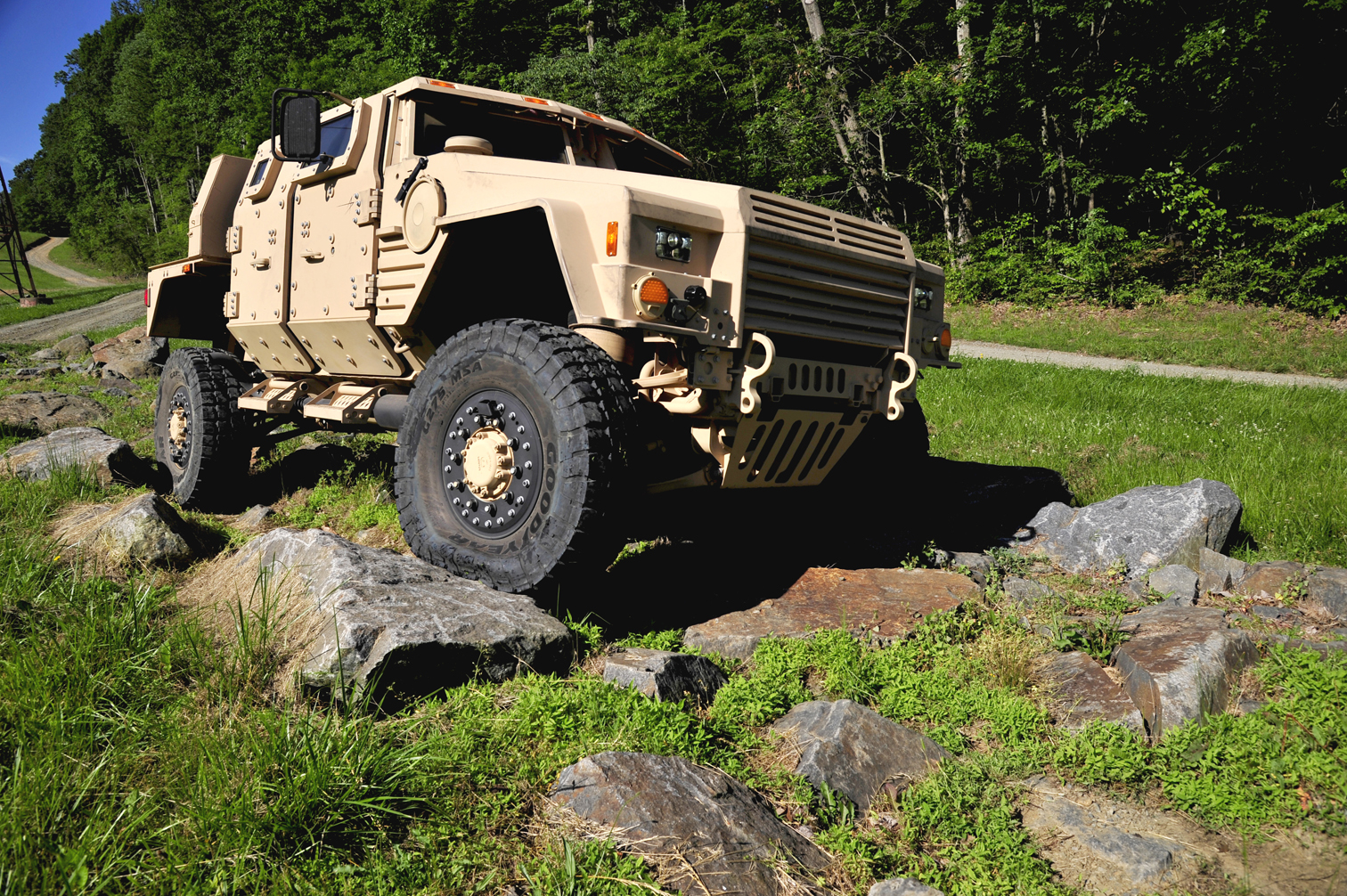 Bassett encourages existing and prospective contractors to, like Onodi Tool, understand how the Pentagon decides when — and to what extent — to pursue the modernization of a given ground combat vehicle such as the Bradley Fighting Vehicle, the Abrams Tank, or the Stryker family of vehicles.

In other situations, Bassett says, the Army may terminate an entire program because the vehicle being produced doesn’t protect the forces well enough under battle conditions. In that case, the Army is looking to contractors to offer more capable systems and components for the new Bassett offers two examples, including details about the types of technology offered in next-generation programs.

“In 2007, the Army terminated the M113 Armored Personnel Carrier program due to inadequate survivability and force protection, and the inability to incorporate future technologies,” Bassett says. “The M113 could no longer provide commanders with viable capabilities to maneuver across the full breadth of
the battlefield.”

It was replaced by the Armored Multi-Purpose Vehicle program, which offers better force protection, mobility, and power requirements.

In turn, the Army’s self-propelled Howitzer (tank) is being replaced with the M109A7 SPH and its companion ammunition carrier, the M992A3. While the vehicle’s cannon will remain unchanged, the M109A7 will sport a brand-new chassis, engine, transmission, suspension, and steering system, and will offer improved survivability to go along with an upgraded electric ramming system. With these and other improvements, the vehicles have the potential to last until 2050.

Given the complexity of such conversions, it may seem impossible to crack the DoD’s contracting code, but Patten believes the greater challenge may be for a company to find its place in the market once it gets in.

“Most companies don’t know what to do, and yet there’s a significant amount of infrastructure,” Patten says. “Michigan is rich with resources like the PTAC, Automation Alley — there are a number of resources. But even when you begin to dig into all that, you still have to figure out if you’re a company that has something to offer to diversify your business. And it’s automotive suppliers, not just OEMs, because the automotive and defense industries seem to be countercyclical.”

Other potential opportunities include:

Moss of the Procurement Center emphasizes that the pursuit of defense contracts cannot be something a company dabbles in when it has a few minutes of spare time. “You need to pursue these kinds of contracts from the top down. This has to be something your entire organization or company (is) engaged in and aware of,” she says. “It’s got to be part of your market plan. There are a lot of things that go into that plan.”

Companies that want to get their feet wet can start online, where the Defense Logistics Agency accepts bids for relatively low-dollar purchases of parts and components used to resupply vehicles in the field. Those who do should recognize, however, that slashed budgets have the agency making purchasing decisions almost entirely on the basis of price.

“Because of the downsizing in the DoD budget, performance aspects that the Army could have taken advantage of (are passed over) in order for the vehicle to become more affordable,” Moss says.

Still, some longtime defense contractors have a leg up in competing for much of the available sustainment work because they’re the only ones with access to the necessary data.

“The OEMs own the technical data to these major weapons systems, and there have been smaller contracts let to modernize and upgrade some of these,” Moss says. “Of course, those are going to go to the OEMs who own those vehicle platforms.

“But again, there may be opportunities for subcontractors to work with those OEMs. We’re just not going to see it to the extent we did in 2007 and 2008, when price was no issue. On the sustainment side, a lot of the individual component manufacturing, when technical data is available, will be let in an RFQ format by the Defense Logistics Agency. And there will be stuff out there — replacement components to go on Naval ships and that sort of thing. More of that is going to start hitting the bid system.”

Even as current and prospective contractors learn how to master the existing system with all its changes, boosters of the Michigan defense industry want to see the state’s business and political leaders do more to see that the work stays here.

As an example, he says one big concern is deaths and injuries that are caused in military convoys, particularly fuel convoys. “The soldiers who transport fuel are the most vulnerable of all soldiers because they’re so lightly defended,” he says. “So if (the Army) could have a lead vehicle that was perhaps unmanned, or had the ability to program the vehicles to go from Point A to Point B, it would be a tremendous life-saver.” db