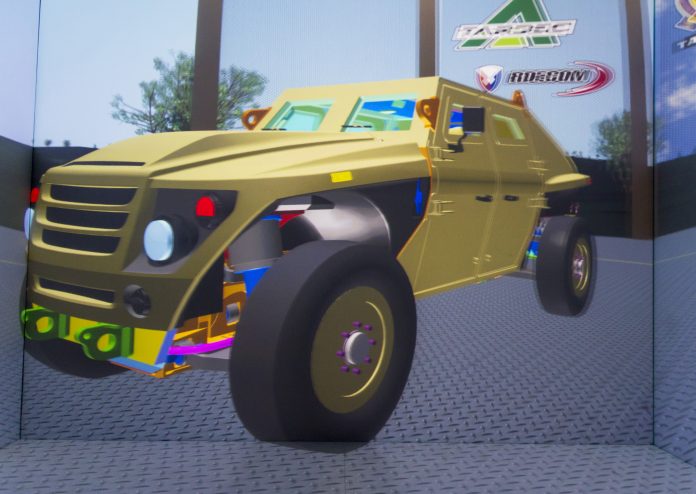 >>NOT CONTENT WITH RETIREMENT, Ron Lamparter went to work promoting the defense industry in Michigan. Among the 1,600 companies in the state that receive direct contracts from the U.S. Department of Defense, Lamparter sees opportunity.

“I recently sold my company, which was a Tier 1 supplier to the bus industry (Transpec Worldwide Inc.), but I wasn’t going to sit on the back patio and watch the birdfeeder,” Lamparter says. “There’s too much going on. I’d love to get 40 years of my life back and see what the future brings.”

Working from his former headquarters, 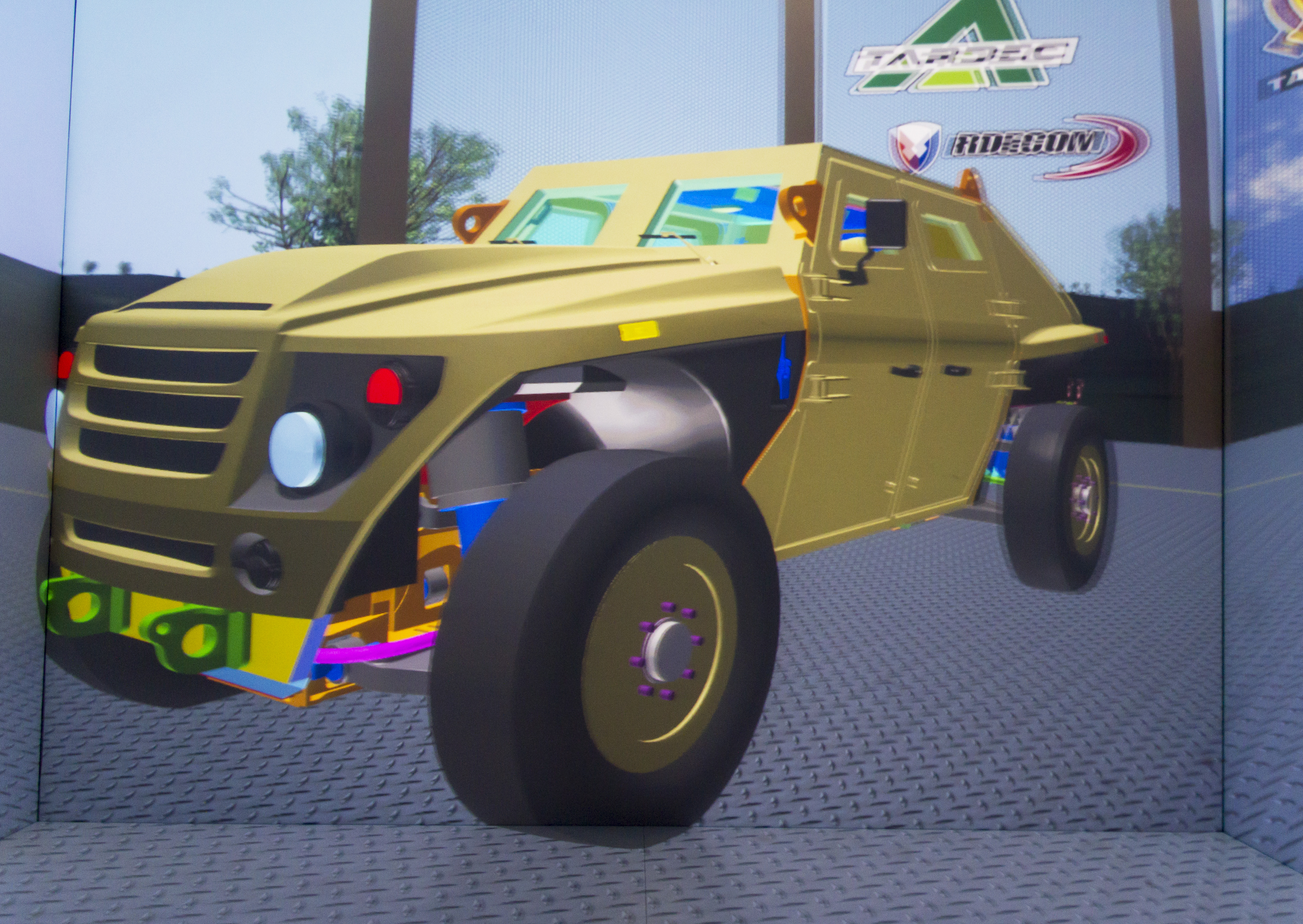 a 10-acre campus in Sterling Heights, Lamparter converted 135,000 square feet of space into a state-of-the-art R&D, testing, and technology complex, now home to more than 35 companies. Called the Defense Corridor Center for Collaboration and Synergy, the nonprofit organization works to draw and enhance defense opportunities for Michigan-based firms.

During a recent tour of the campus, Lamparter showed off a virtual simulation lab, a 48-seat amphitheater, exhibit and work space for large military vehicles, multipurpose rooms, a fully equipped kitchen, and numerous other amenities. Throughout the complex, large framed po 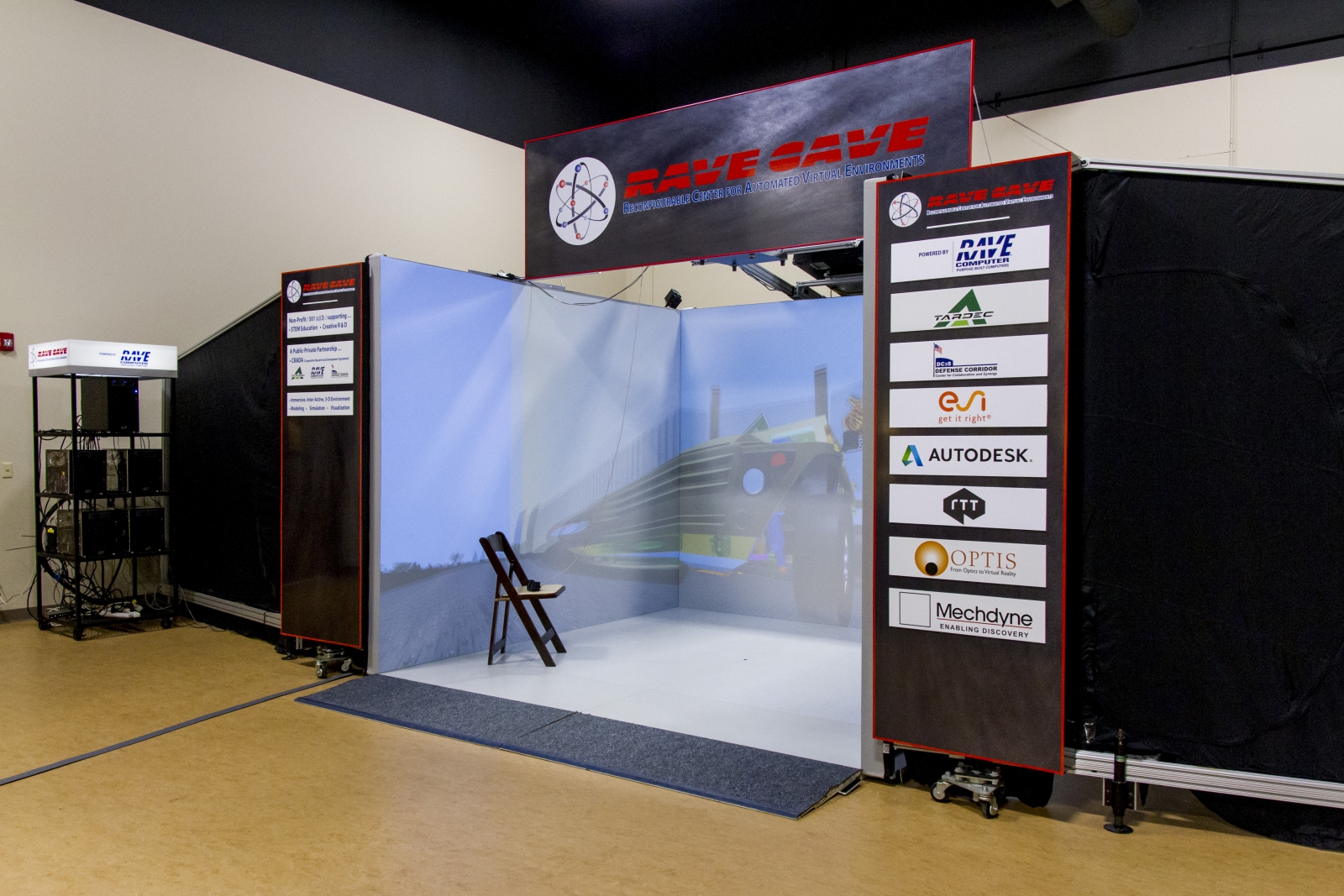 The facility serves as a bridge connecting the region’s military accomplishments — from the Ford Rouge Plant in Dearborn, which manufactured Eagle boats for use during World War I, to the Ford Willow Run factory, which produced B-24 Liberator bombers at the rate of one aircraft per hour during World War II — to a future marked by opportunity and uncertainty.

“We provide small- and medium-sized companies access to technologies they could never afford in the marketplace,” Lamparter says. “We’ve gotten the biggest software companies in the world to donate their latest offerings, plus, with Rave Computer’s virtual simulation lab, companies working with the military can streamline product development or redesign existing military vehicles.”

Called the Rave Cave, the 3,000-square-foot lab helps military contractors integrate the latest technology into
vehicles large and small. “We also use the Rave Cave to promote the STEM curriculum to students,” says Rick Darter, president and CEO of Rave Computer.

The Michigan Aerospace Manufacturers Association, which represents 375 companies that collectively produce millions of dollars in annual revenue, also has an office at the complex. “There are companies working on traditional aircraft, but you also have companies working on GPS navigation, guidance systems, laser-cutting, 3-D printing, and unmanned aerial vehicles,” Lamparter says. “That’s the future.” db