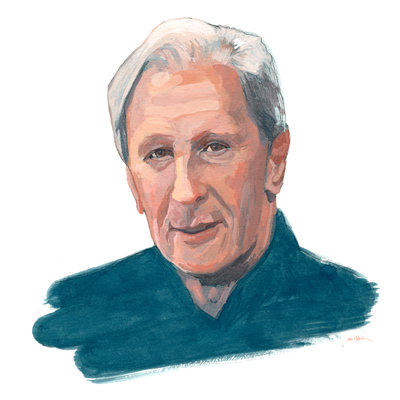 Jimmy Risk, a longtime metro Detroit promoter and entrepreneur, endured seven years of financial freefall after his company, Loyal Ears in Eastpointe, was decimated by the global financial crisis in 2008.

Although Loyal Ears’ business was to create and host listener loyalty programs for radio station websites, “auto dealers are the No. 1 biller for radio,” Risk explains.

As revenue dried up, stations scrambled to trim budgets. An outside promotion firm became a luxury. “We had the very first digital loyalty program,” says Risk, 68. “It was a frequent flyer system for radio, a groundbreaking thing. But all the stations had 90-day notices. Everything I had built up in 13 years was gone in 13 months.”

Fast-forward to 2015. Like millions of Americans, Risk started playing fantasy football online. Then, it hit him.

“I said, ‘Wait a minute; I’m staying on here an inordinately long amount of time. Radio stations would love that kind of digital reception.’ ” Given his love for sports and radio promotions, he knew he had a potential winner.

“Moments after I had this epiphany, I said, ‘Lord, please don’t give me this.’ I could see what I would have to do to make it penetrate, and I didn’t know at this stage of life if I had that left in me. I thought, ‘My God, you might lose all your hair trying to pull this off.’”

Today, the company orchestrates fantasy games on more than 70 station websites from New York City to Seattle. Risk projects that number will top 100 by the end of 2017. Negotiations are ongoing to make the concept part of the syndicated sports shows of Dan Patrick and Rich Eisen, potentially reaching 400 more outlets.

“What’s nice about this is it’s (free),” says Dennis Green, senior vice president for affiliate sales at Westwood One. “There’s no cost, so it’s not like Draft Kings or Fan Duel. You play for prizes. Stations can customize the prizes based on their relationships in their markets.”

Risk says he’s been surprised by Loyal Ears Digital’s acceptance. “The beauty of it is, we thought only sports stations would bite on it,” he says. “We’ve got classic rock, news-talk, alternative, and country. And we not only do fantasy football, or even sports. Any cultural event that reaches critical mass, we’ll fantasize. For a talk station in Miami last year, we did the election.”

Despite his company’s success, Risk has yet to land a Detroit radio station. “We’ve come close,” he says. “When we talk to radio, we say, ‘There are 313 million people in this country; 55 million of them play a fantasy (game) every day, spending an average of nine-and-a-half hours a week. You want a piece of that?’”