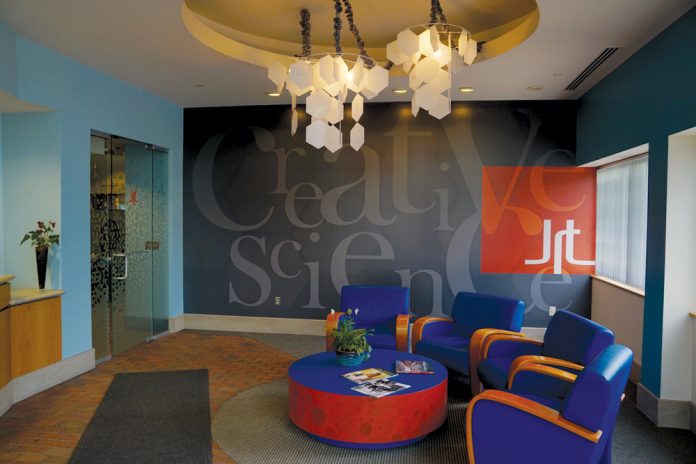 Two years ago, when Mark Bellissimo — who got his start in the advertising industry in the 1980s — took over as CEO of JRT Agency, a marketing communications firm in Farmington Hills, he was surprised by how low the company was flying under the radar.

“I didn’t know it even existed,” Bellissimo says. “It was like a 43-year-old startup with over 100 employees. It was a great place to make a mark and lead a reinvention that would bring the brand to the forefront of the industry.”

But the company has a delicate tightrope to balance, because it doesn’t want to overshadow its clients, which include FCA US in Auburn Hills. In April, JRT worked with the automaker’s creative, digital, and business intelligence teams to unveil the Dodge Demon, the world’s fastest production sports car, at the New York Auto Show.

In addition to working in the automotive industry, the company serves energy, food and beverage, and consumer goods clients, as well as historical organizations. Its work has included assisting Consumers Energy with developing additional communication platforms for customers, and streamlining the ordering process for vehicle graphics and signage for franchisees of Two Men and a Truck.

Bellissimo also encourages his team to take on personal projects, including co-producing a film with Detroit Public Television about the life of the late radio announcer J.P. McCarthy. McCarthy’s son, Jamie, a co-producer, serves as JRT’s chief creative officer of innovation.

Another project, a short film on Detroit’s revitalization, will be released in the fall. “The film projects help us tell our story to our clients and a broader audience,” Bellissimo says. “It’s another example of the power of storytelling not only enhancing our brand, but multiple brands.”