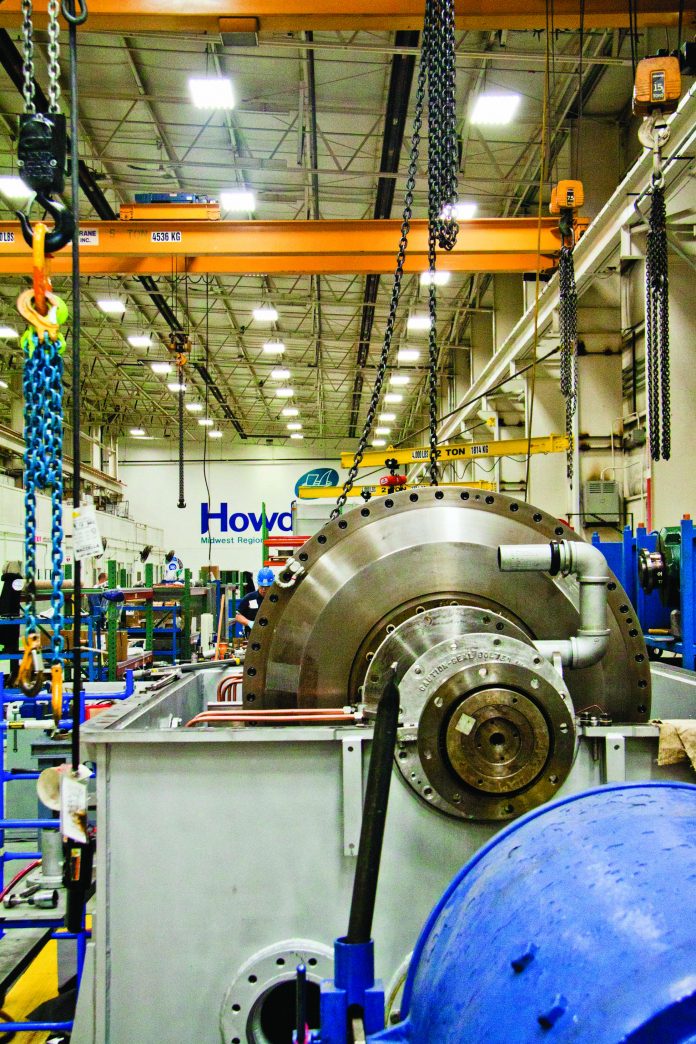 Offering expensive wastewater treatment equipment, Michael Hansen has 700 North American cities on his radar screen as potential clients. But before the Danish native could launch a major expansion, he needed access to a large manufacturing plant, skilled labor, and a global transportation hub.

“We had difficulty finding quality staff in Europe, such as mechanical engineers,” says Hansen, president and general manager of Howden Water Technology Inc. “If we put out a job ad in Europe, we got 25 responses. But here in metro Detroit, we get more than 400 people (who apply). It’s amazing to me.”

Hansen’s subtle accent may give away his roots, but he is no stranger to metro Detroit. As an exchange student at Groves High School in Birmingham some three decades ago, Hansen says the region’s advanced supplier network made a significant impression.

“People here are very serious about their employment,” he says during a tour of the company’s 90,000-square-foot manufacturing plant in Canton Township. The nearly spotless facility — rubber boots must be worn by workers and visitors alike — houses massive high-speed drive compressors that cost as much as $10 million.

The equipment uses up to 30 percent less energy than older machines, which allows municipalities to record immediate cost savings. With a new product line coming on the market, Howden is in the process of hiring project managers and salespeople.

Howden’s turbo blowers and integrated aeration systems remove and treat solid waste; the remaining mixture is converted into clean, drinkable water. A sister company made the boar heads that carved out the Channel Tunnel, the 30-plus-mile rail tube that runs beneath the English Channel, linking England and France.

“Wastewater treatment equipment must work at all times because, if it doesn’t, you have a disaster on your hands,” Hansen says. “Failure is not an option. Since much of the wastewater equipment in the U.S. was installed in the 1970s and has a 40-year life cycle, we’re looking at lots of opportunities.”