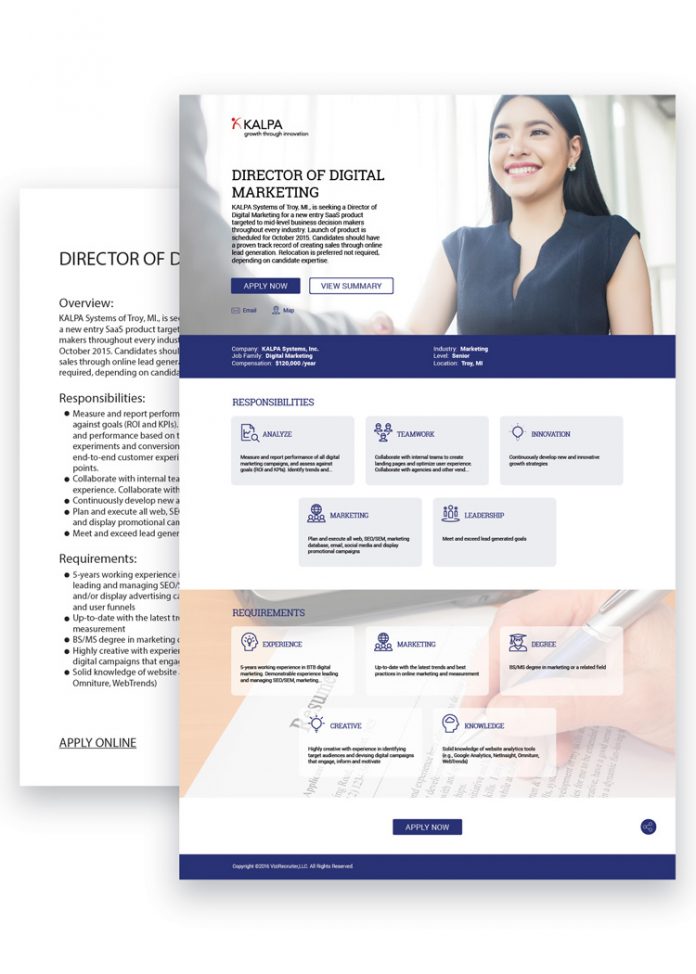 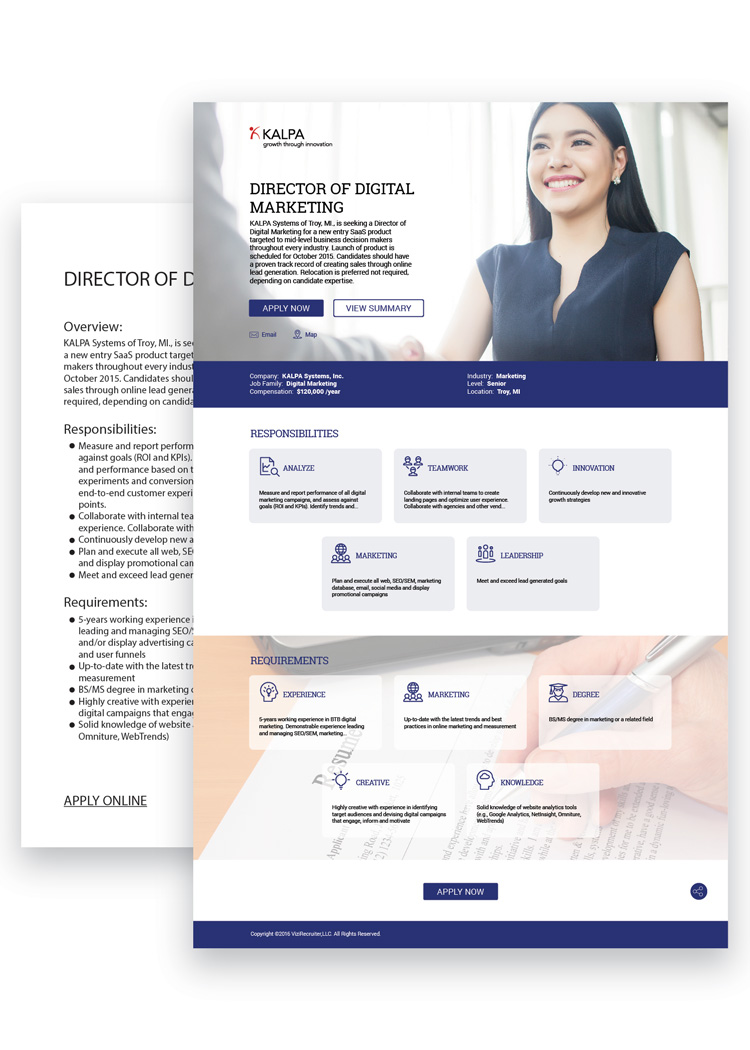 From there, he embraced an early form of target marketing during a short stint on Kennedy’s re-election campaign for the U.S. Senate in 1976. “Teddy was in a tough campaign against another Democrat, so I asked his mother, Rose Kennedy, to write a note in her own handwriting,” he says. “We copied and mailed out thousands of those letters. Her appeal for Teddy really resonated with older voters, and he won.”

Now, four decades later, after co-owning a yogurt chain, operating bakery franchises, overseeing a database firm, and developing and managing customized software at Kalpa Systems Inc. in Troy, which he launched in 2001, O’Connor is tapping his marketing skills once again.

Earlier this year, he and a team of programmers launched ViziRecruiter in Troy. It’s an online platform where text-based job descriptions are converted in minutes into colorful, visual branding statements.

Here’s how it works: A job recruiter copies, pastes, and enters a text-based job description on ViziRecruiter’s website or via a mobile app. From there, the user selects a preferred design template of colors, fonts, and icons, and then, with the click of a button, shares the content with a specific job candidate or on social media.

Once a job has been posted, a recruiter can track the number of views on Facebook, LinkedIn, or other social media platforms using an online dashboard that shows which keywords and visuals are causing candidates to take action. Simple to use, the fully-automated program in which edit changes can be made quickly, had a soft launch in May, and will be fully rolled out next year.

“We have 40 companies on the platform right now, including Fortune 500 companies, law firms, accounting firms, and other businesses,” says O’Connor, co-founder and CEO of ViziRecruiter. “Our clients are from the United States, Canada, England, Spain, and Poland. It’s a subscription model where employers pay $89 a month to use the service.”

The company has six employees, and plans to have a team of 15 workers by next spring.

“What we’re doing is taking a routine, mundane presentation known as a job posting and providing small, medium, and large businesses with virtual tools to easily make those postings stand out,” he says. “We’re streamlining and enhancing the way companies find talent in what is a highly competitive job market.”