Detroit has plenty of opportunities to further redevelopment and growth, according to business and community leaders. 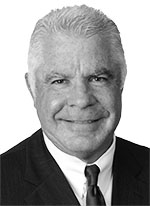 “One of Detroit’s strengths is a skilled work force in manufacturing, which is arguably the best in the world. At the same time, you have a lot of real estate that’s available at very reasonable prices. If you build a new factory in Alabama, you have to start from scratch. But in Detroit, you have infrastructure already in place; you just have to plug it in. I would really look at the military industry and see what more we can be doing in terms of building components, parts, and whole systems for bomber jets, tanks, or submarines. Our labor force may be a bit more expensive than other parts of the country, but remember, you don’t have to start from scratch here. I also think we could add a lot more housing along the riverfront. That’s one reason Chicago does so well. They have people living and working downtown, so the stores and restaurants benefit twice.” 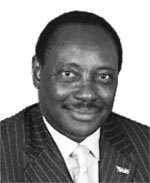 “You have to get a handle on the huge problem of poor health in the city. It starts in the schools, but you also have to reach into the community and make sure seniors are being taken care of. If people take their medications, eat right, and stay active, everyone wins. If you let things go as they are now, it will just lead to higher costs and more problems down the road. We all know the high costs of emergency room visits, and one way to reduce those visits is to place more medical clinics in the neighborhoods. If you can take care of health care at the grass roots level and really drive home the need for good nutrition and regular exercise, it would improve the quality of life immensely.” 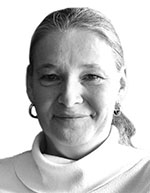 “There are a lot of projects that are transferrable around the city. Right now, we’re working with Vanguard CDC (a nonprofit community development corporation affiliated with Second Ebenezer Church, located at I-75 and McNichols) to develop a model for housing rehabilitation and a housing repair grant program. The goal is to help stabilize the neighborhoods and create a viable model for redevelopment going forward. At Midtown, we offer a technical assistance program for small businesses and entrepreneurs that provides grants for security, exterior signage, façade improvements, and mentorship programs. We also have employee housing incentives from Henry Ford Health System, Detroit Medical Center, Wayne State University, and others. There are other health care agencies and institutions around the city that could offer housing assistance in a given area.” 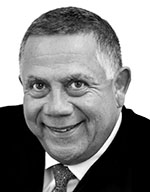 “When we moved our business to Michigan and Clark (in southwest Detroit) in 1996, one of the first things we supported was Detroit Hispanic Development Corp., a nonprofit here that offers after-school programs for students, social services, and a host of other offerings. But we just didn’t throw money at it. We looked at the operation and, over time, worked with the organization to establish an annual budget that was appropriate to the services offered. Otherwise, you’re scrambling every year to plug the holes. Let’s face it, money is at the root of most positive changes in the community, but you also have to encourage the next generation. The one thing I don’t see is a way to share best practices with other parts of Detroit in terms of community support. That’s something we need to work on.” 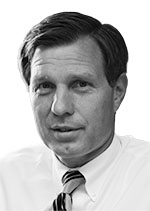 “The vision from 40,000 feet is that Detroit is experiencing the best of times and the worst of times. Downtown and some of the neighborhoods are doing well, but outside of that core, there are some incredible challenges. Most people see urban farming as a panacea, since the city has so much vacant land. But you don’t go from blight to farming overnight. You really need to clean an area, figure out a maintenance plan, and then farm. Blight just leads to more blight. What’s more, you can’t go into an area and just bulldoze all the structures and then begin farming. You have to save every building that can be economically viable; otherwise, you’re just destroying your future tax base. You also can get two growing seasons in Detroit (per year, due to weather patterns).” 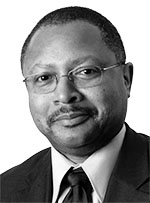 “We have to do a better job of overseeing job retraining programs that are supported and operated by federal, state, and local governments. At times, the only people benefiting from the training programs are the people doing the training. We should do a better job of bringing training programs into the high schools so when a student graduates, they have a diploma and a certificate to land a job in a high-demand field such as health care. For example, our hospitals need nurses, surgical assistants, and lab technicians. It’s the same for technology, robotics, or engineering. Not everyone has to go to a four-year college. We also need to get employers more involved. They can either support current retraining programs or offer them at their own facilities.”