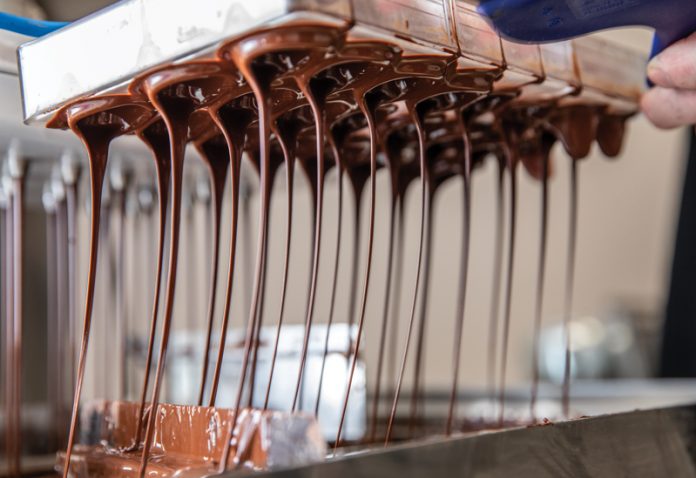 It’s not quite “Willy Wonka and the Chocolate Factory,” but sweet liquid cocoa flows from a high-tech, 52-pound mixer at a new confection operation in Redford Township. The business, Guilt Chocolates, is aptly named. 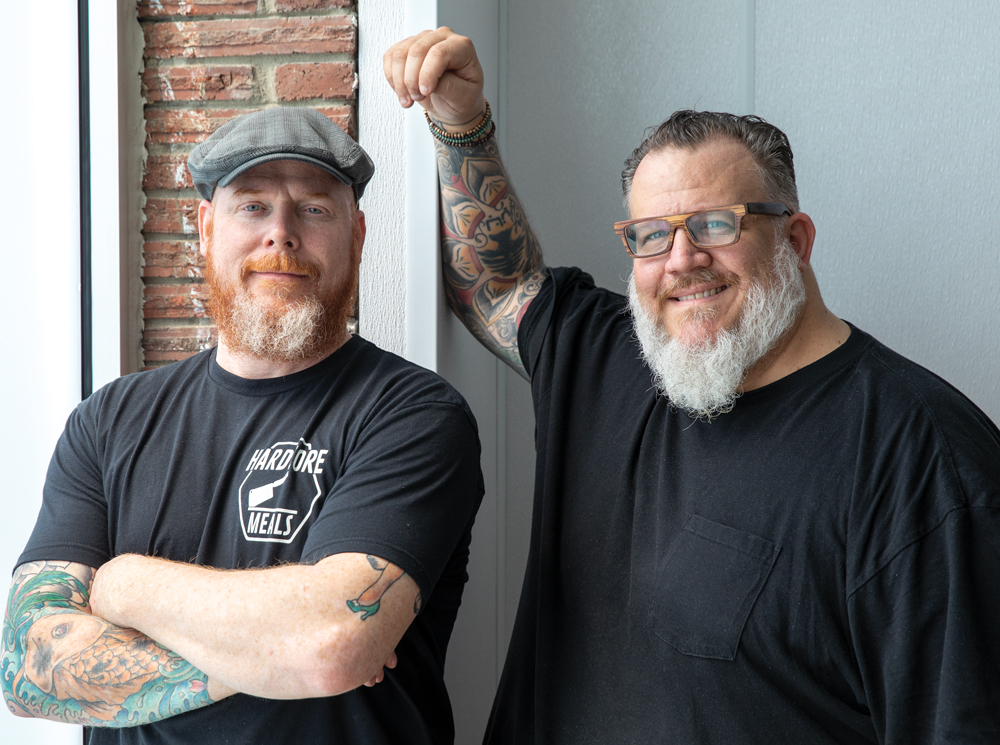 The new company was hatched after Joe Nader and Scott Breazeale, former executive chef and sous chef, respectfully, at Ford Field in Detroit, were tasked with creating chocolates for the stadium’s suite holders.

“I knew we were onto something when, during that blizzard in early February, we sold 68 boxes of chocolates in a day at Nora Detroit (in Midtown),” says Nader, who spent 13 seasons with the Detroit Lions. “We’ll slowly roll out our chocolates in stores, but we wanted to launch in Detroit. Our main focus is on catering, corporate gifts, weddings, and personalized orders.”

Nader and Breazeale, along with partner Jennifer Gratz, launched the business last December, just in time for what the trio refers to as the “Big Three” of chocolate holidays — Valentine’s Day, Easter, and Mother’s Day. The Christmas holiday season is the fourth busiest time of the year.

From a 3,000-square-foot former party store, the team creates high-gloss, polished chocolates in the shape of bonbons, that take hours to create, mix, and decorate. Available in multiple colors and flavors, the confections include signature looks like chrome or robin’s egg blue. Over time, the company will set up small coolers in select stores in the region, while also fulfilling online orders from across the country. 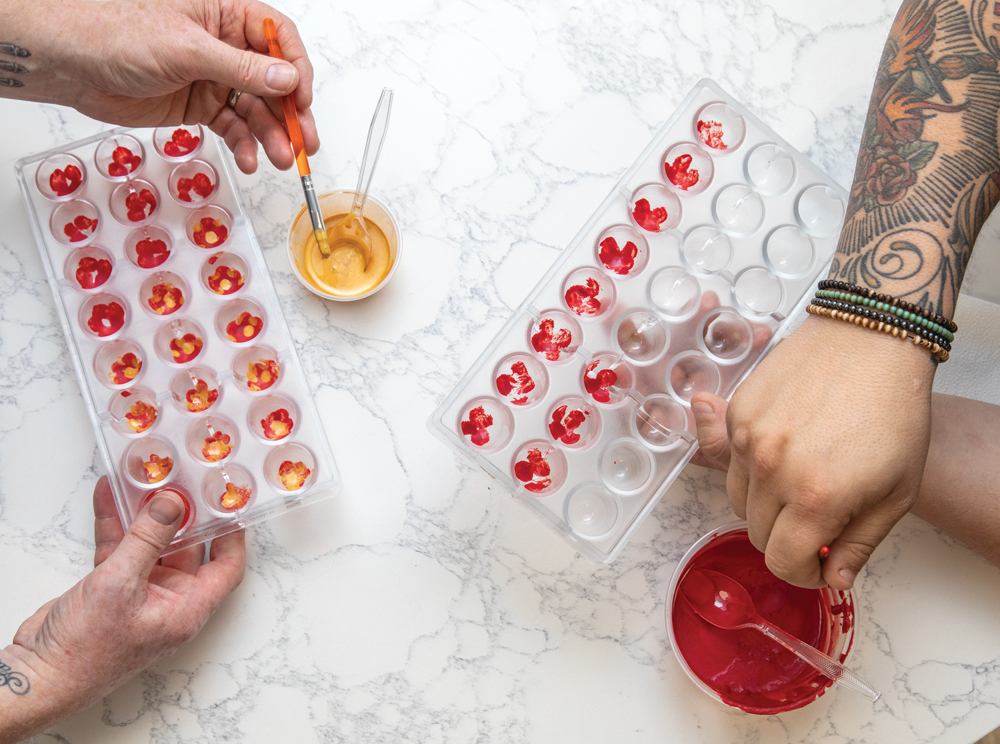 To create their signature bonbons, Scott Breezeale and Joe Nader of Guilt Chocolates in Redford Township set food coloring into plastic molds. From there, different chocolate selections are poured into the molds, including dark, sweet, coffee, and other varieties. The confections are created in a specially insulated room reminiscent of a large walk-in cooler. 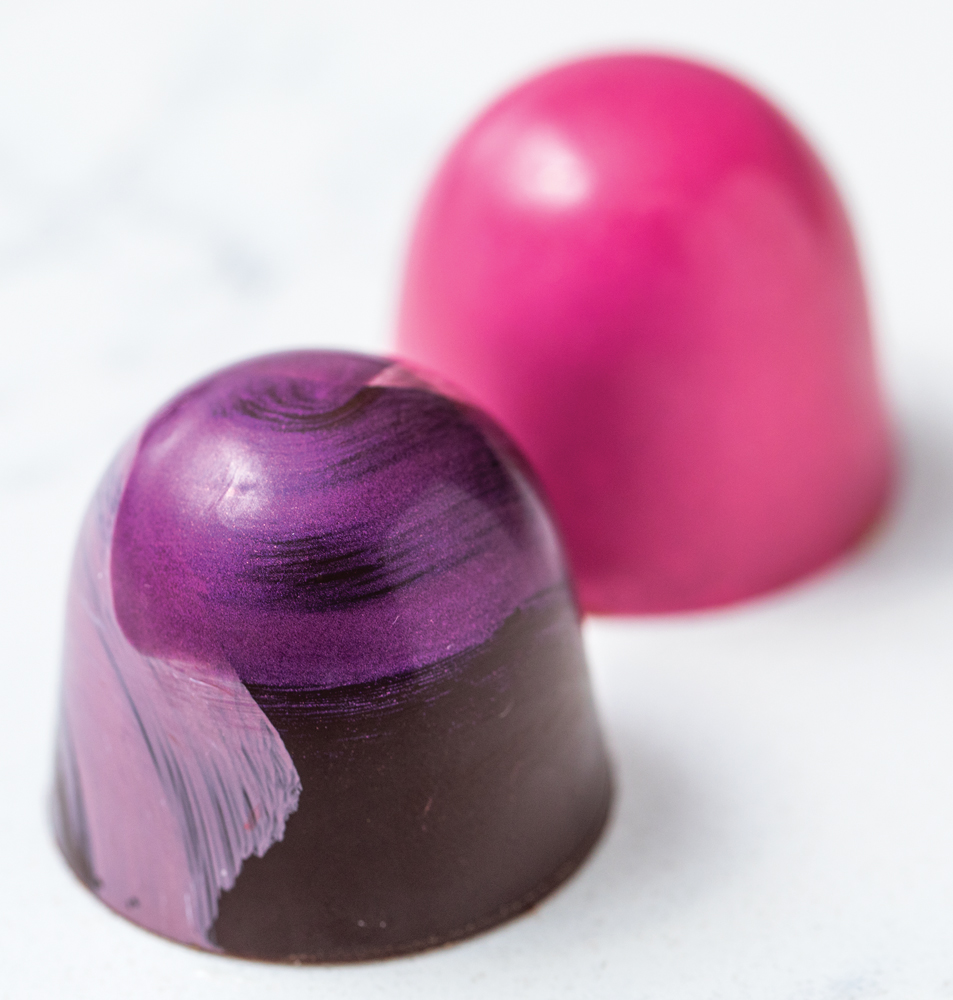 Chocolate isn’t the company’s sole focus, although it’s the most popular product. Offering a lesson in operating multiple businesses from a single location, in early 2017 the entrepreneurs started Hardcore Meals, which offers healthy fare that’s ordered online and delivered to workout facilities around the region.

“I worked at CrossFit in Livonia and met an accountant who worked out consistently, but then would fall off the wagon during tax season,” Breazeale says. “He wanted to know if I could come up with a healthy meal program. So we have small fridges around town and, when an order comes in, we make the deliveries. We see that growing outside our region in the future.”

In addition, the co-owners installed a commercial kitchen at their facility, so they can experiment and host small dinner parties. The location also serves as a commissary for food trucks. “In the future, we’ll offer cooking classes and demos where people can make their own chocolate bars,” Nader says.